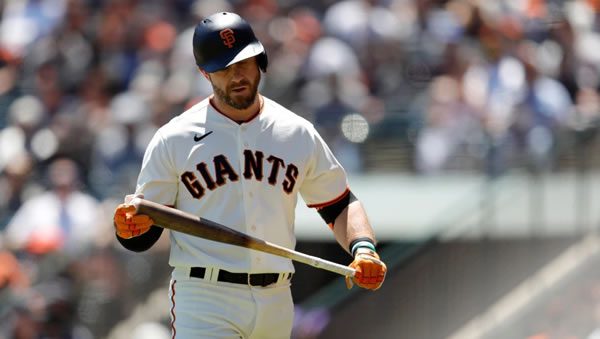 The San Francisco Giants host the New York Mets on Wednesday, May 25th at Oracle Park. The first pitch in this matchup is scheduled for 03:45 ET. The MLB Odds Board has yet set lines.

The Mets are looking to continue adding wins, as they are 3-2 over their last 5 games. Over this stretch, the team has a positive run differential at 7. Their hot play has been driven by an offense that typically averages 4.87 runs per game. But, over this stretch this figure has bumped up to 7.0 So far, New York has won over half of their 14 series played, going 11-1-2.

In their last game, the Giants picked up a close win over the Mets by a score of 13-12. San Francisco’s pitching staff gave up 18 hits, leading to 12 Mets runs. At the plate, the Giants scored 13 times on, 19 hits. San Francisco picked up the win while being favored at -115.0. So far, the team has won 61.0% of the games in which they were favored. The Giants and Mets went over the total run line set at 7.5 runs. Overall, the team has gone over the betting line in over half of their games, going 24-17-1.

In their last 5 contests, Giants have just 1 win, going 1-4. During this time, the team has a run differential of -20. In their 5 most recent contests, the team is scoring at a rate of 5.0, similar to their season-long average of 5.10. On the season, San Francisco has won more than half of their series, going 7-5-3.

For the Mets, starter Thomas Szapucki will be making his first appearance of the year. If he can’t work deep into the game, the team will turn to a bullpen with an ERA of 3.62. So far, the group has been one of the better units at stranding base runners, ranking 8th in the MLB with a LOB% of 75%.

Jakob Junis gets the start for the Giants, with an overall record of 1-1. Currently, Junis has a strong ERA of just 2.7 while pitching an average of 5.24 innings per outing. In his previous outings, right-hander opponents are hitting 0.232 off the right-hander. So far, Junis has managed to keep the ball in the ballpark, allowing just 1.03 home runs per 9 innings. Junis is in the bottom half of the league in strikeouts, averaging just 4.0 K’s per game. This includes a strikeout percentage of 19.0%. Throughout the season, Junis has avoided walking batters, allowing just 1.35 per contest.

Today’s matchup between the New York Mets and San Francisco Giants will be their 6th meeting of the season. So far, New York is leading the season series, 4-2. The over-under record in this series sits at 4-1-1. The average run total in these games is 7.17 runs per game. In these matchups, the average scoring differential sits at 3.5 runs. Dating back to last season, the San Francisco picked up 5 wins compared to 1, taking the season series. The over-under record in last year’s matchups was 1-5, with the average run total being 7.17 runs per game. The average scoring differential in this series was 2.83 runs per game.

In today’s matchup between the Mets and Giants, I recommend taking San Francisco to pick up their second win in a row over New York. Look for the Giants’ offense to get off to a good start against Mets starter Thomas Szapucki. I like San Francisco on the moneyline.

Free MLB Pick: Giants Moneyline. Note: It’s a great day to take five minutes to save yourself thousands of dollars in wasted risk by making the switch to -105 odds at BetAnySports Sportsbook! Make the switch! You’ll be so glad you did!