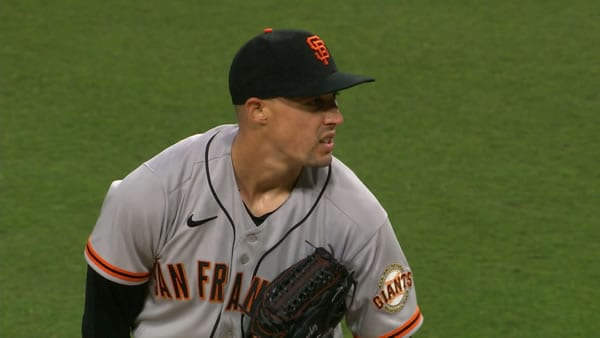 Moneyline: MIA +125/SF -148 (Get the best MLB lines >>> Underdogs pay more and favorites cost less! One of the most underrated facets of sports betting! Make sure you’re doing it right!)

Typically, I start out these previews by writing about one of the teams or one of the pitchers. But for this game, there’s a factor that could lead to a lower score than people might expect in this contest: the travel. It actually would have made a little more sense to play this series in Miami, given that both teams spent Wednesday on the East Coast along Interstate 95. The Marlins were at home against the Orioles while the Giants were facing the Phillies in Philadelphia.

That means both teams had to travel around 3,000 miles on Wednesday, which could lead to one or both of them feeling less than their best when they arrive in San Francisco. The good news is that they’ve got until 6:45 Pacific to adjust to being three hours behind where they were, but there’s no guarantee that their bodies can quickly make that change. If the hitters aren’t able to adjust, this could be a relatively low-scoring contest.

Put it in Play

If you can get a bet on Castano going under his strikeout total at three or less, you should probably go after this prop. That’s because a strikeout pitcher, Castano is not. The Giants do strike out more than the average team, but Castano hasn’t managed more than two strikeouts in a game since doing it against the Mets in Au-gust of last year. In that game, Castano struggled with his control and allowed the Mets to cruise to a win, but Castano seems to be much more willing to pitch to contact and let his defense do the job these days.

It’s still only five innings in for Castano, and one good start doesn’t guarantee much, but the way things have started, he’s going to make hitters earn everything they get this season, as he walks people about as often as he records a strikeout (11 walks and 12 Ks last year, two walks in his first game back on the bump.)

More Picks: Get predictions with analysis from our expert handicappers >>>

Unless you’re the Yankees or Indians, neither of whom have shown much hitting ability in 2021, pitching is usually the way you win, and the Giants are following that to the letter. San Francisco wasn’t expected to be anywhere near the NL West race, but the Giants have managed to get off to a solid start in large part because their pitching staff is turning in a top-5 performance. San Francisco owns a 2.71 ERA as a team, good for fourth in the majors.

However, that doesn’t seem to apply when Aaron Sanchez is on the mound because San Francisco’s bats have gone silent all three times that Sanchez has taken the hill. Against Cincinnati and San Diego, the Giants gave Sanchez a mere one run of support in two games. When the Giants and Marlins met in Miami (the one time the Giants have scored much of anything with Sanchez on the mound), San Francisco erupted for five runs in the seventh inning, only to watch the bullpen blow the lead in extra innings. Sanchez has more than done his part to get a win, but so far, his team isn’t cooperating.

It could be a chilly night on the San Francisco Bay, with temperatures dropping to 51 degrees at first pitch. The wind is blowing west-southwest 13 miles per hour, which is out toward left-center.

The Giants have to get Sanchez a win at some point, and this looks like a fine time to actually make that hap-pen. They’re facing a pitcher who will give them every chance to hit the ball, and they’re likely to be in a lower scoring game that could be won with only a couple of runs.

Throw in a strong home record, and there’s a fair amount to like with San Francisco in this one. I’ll take the Giants in a game that I expect to be won with only a few runs. Question: Where are you betting your MLB games? Are you paying standard odds or taking advantage of discount priced odds? If you’re not enjoying the latter, you need to spend 3 minutes making the switch to BetAnySports! You’ll be SO glad you did! Register now to start betting for LESS!