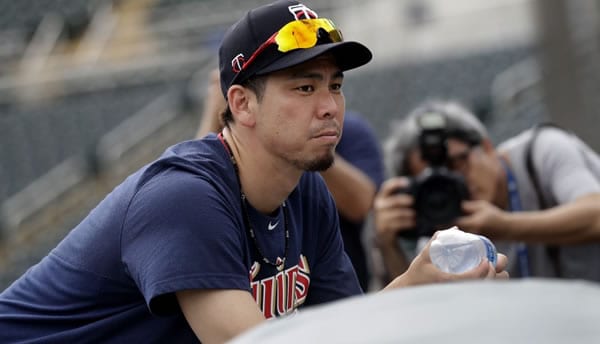 You’d think a road trip that involved Pittsburgh, Kansas City, and Milwaukee would be a dream, especially for a club of Minnesota’s caliber. Guess again.

The Twins have gone in the complete opposite direction, getting swept at Kansas City and losing one each to the Pirates and the Brewers, good for a 2-5 record on this swing away from Target Field. What’s made matters worse for Minnesota is that the Twins’ offense really hasn’t been all that powerful as of late, as they managed just four runs in each of the first two games at Miller Park and got held to two runs in two out of three games at Kansas City.

For whatever reason, Minnesota has been very below average away from Target Field, managing a record of just 4-6 when they have to leave Minneapolis. Twins fans have blamed their bullpen, but the real problem is that Minnesota is not hitting the ball. When you’re hitting just .229 at the plate, that means that either you’re running into a lot of strong pitchers, or the Twins just aren’t getting the job done. Seeing the likes of the Royals and the Pirates shutting down the Minnesota hitters says that this is more the Twins’ problem than it is them running into good pitching.

The Twins will try to counter with Kenta Maeda, who was on the mound when the Twins’ slump began, as he handed his bullpen a lead against Pittsburgh and watched it fall apart. The good news is that Maeda is the right starter for this job, as all of his starts have been at least five innings, and he’s given up just five earned runs on the year.

Milwaukee has been nothing if not inconsistent this year, as you never really know what you should expect from the matchup before the first pitch is thrown. The Brewers don’t have a winning streak or losing streak of longer than two games, which says that Milwaukee is very good at putting past results behind it and very bad at actually building momentum and moving in a positive direction.

This game doesn’t appear likely to change that at all because Eric Lauer has been a mess on the hill, and the Brewers aren’t hitting well at all. Christian Yelich and Justin Smoak are hitting under .200 for the season, and other than Yelich hitting four home runs this season, there hasn’t been much to celebrate about Yelich.

There’s been even less to celebrate about Lauer. The hurler was never likely to be seen as one of the top pitchers in the National League, but Milwaukee was probably expecting a lot better than this when the Brewers brought Lauer in from the Padres. So far. Lauer hasn’t made it past three innings in his two appearances, and he got shelled pretty hard in his most recent outing, as he gave up six runs that came from five hits and three walks. It’s hard to tell if Lauer does have the stamina to go longer than three innings, as circumstances have forced him out of the game long before the decision becomes difficult for his manager.

These two teams seem to have taken a liking to just whacking the ball and seeing what happens, as both decided that home runs were the answer in their most recent game. Of the ten runs scored in the contest, seven runs came via a home run, and the other three were from men on base when the homer happened.

Besides giving Bernie Brewer a bit of a workout as he goes up and down the slide, the power from both teams suggests that the over might be in the offering. The total isn’t all that high, and we’ve come to expect outbursts like that from the Twins’ offense, which was as powerful as it got in 2019. Minnesota is tied for third in home runs on the year with 29 of them, and if the Twins can string some hits together, they could put up a large number.

This should be a great night for baseball, with temperatures sitting at 68 degrees and no clouds in the night sky in Wisconsin.

There’s a lot that can go wrong with the total on this game, so I think I’ll trust the Twins as a whole rather than gambling on the offensive outburst to repeat itself. Minnesota is too good to stay in this slump for too long, and with Maeda on the mound, the situation favors the Twins by a wide margin.

I get that Minnesota has really struggled to get its offense on base, but as long as the Twins can hit home runs, they’re a dangerous team. The juice on this matchup isn’t too bad, so I’d take the Twins to get the victory here. Bet today’s picks for FREE by taking advantage of a “Deposit $25, get an extra $50 FREE” at the web’s oldest and most trusted sportsbook –> Intertops! (Must use bonus code ROOKIE200).