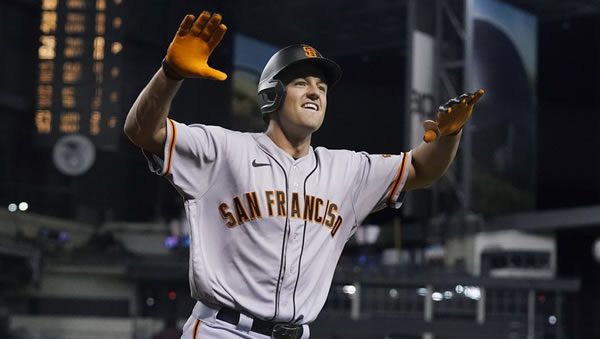 The San Francisco Giants host the Washington Nationals on Sunday, May 1st at Oracle Park. The first pitch in this matchup is scheduled for 4:05 ET. The MLB Odds Board places San Francisco as the favorite (-185), with an OU line set at 7.5.

The Nationals will look to bounce back from a tough loss to the San Francisco Giants by the score of 9-3. The loss came as Washington was the betting underdogs, getting 106.0. Through 17 games as the underdog, the team has a win percentage of 29%. On their way to giving up 9 runs, the Washington pitching staff allowed a total of 11 hits. Offensively, the team generated a total of 11 hits of their own. Together, the Nationals and SF Giants combined to surpass the over-under betting line set at 9.0 runs. Even with this game going over the total, Washington still has an over-under record of just 9-12-2.

The Nationals will be hoping to pick up a win in today’s matchup, as they have gone just 1-4 over their last 5 games. In this rough stretch of games, the team’s run differential comes in at -1. In their last 5 contests, Washington is averaging 4.4 runs per game, right in line with their season average of 3.65. Washington’s overall series record is just 1-4-2.

The San Francisco Giants are hoping for a repeat of their last game, as they took down Washington by a score of 9-3. In the game, San Francisco was able to take care of business as they were the favorites at -142.0. For the season, the team has been favored in 17 games, winning at a rate of 76.0%. Offensively, San Francisco came up with 11 hits, while the team’s pitching staff allowed 11 hits, leading to 3 runs. In terms of the over-under, the Giants and Washington combined to surpass the line of 7.5 runs. So far, San Francisco has an over-under record of just 9-11-1.

In their last 5 games, the Giants have put together a record of 3-2. During this time, the team’s run differential sits at 3. Offensively, San Francisco’s lineup has been steady 5.0 runs per game over their last 5 contests. For the season, the team comes in with a per-game average of 4.95. On the season, San Francisco has won more than half of their series, going 5-1-2.

For the Nationals, Josiah Gray gets the start. So far, he has put together a record of 2-2. To date, Gray has an ERA of 4.05 while lasting an average of 5.0 innings per appearance. Team’s have been able to rack up runs against him, as he has a batting average allowed of 0.257. In addition to a high a batting average allowed, opposing batters have been able to drive the ball with power against Gray, averaging 1.35 homers per 9 innings pitched. On the season, Josiah Gray has had no problem racking up strikeouts, posting a strikeout percentage of 32.9% while averaging 13.0 K’s per 9 innings. For the season, he has struggled with command averaging 2.5 walks per outing.

For the Giants, Alex Cobb gets the start. So far, he has put together a record of 1-0. Leading up to the game, Cobb is hoping to bring down an ERA of 4.82. So far, he is averaging 4.55 innings per outing. On the season his batting average allowed sits at 0.263. A strength of Alex Cobb’s game is his ability to generate swings and misses, striking out batters at a rate of 35.0%. Throughout the season, his strong command has led to an average of just 1.0 walks per contest.

So far, the San Francisco Giants and Washington Nationals have met up 5 times, with San Francisco winning the season series 4-1. Through 5 games, the series’ over-under record is 3-2, with the average run total sitting at 5.29 runs per game. In these matchups, the average scoring differential sits at 6.8 runs. Dating back to last season, the San Francisco picked up 5 wins compared to 2, taking the season series. In these 7 meetings, the two teams combined for an over-under record of 1-6. Last year, the two teams averaged 5.29 runs per game. On average, the winning team won by a margin of 2.71 runs per contest.

More Picks: Get our top play on Sunday’s Phillies vs. Mets game >>>

Even though I see the Giants picking up the win, there isn’t a lot of value with the moneyline at -185. Instead, I like this to be a high-scoring game, as both starters have had their early-season struggles. In particular, look for San Francisco to have a big scoring performance against Josiah Gray.