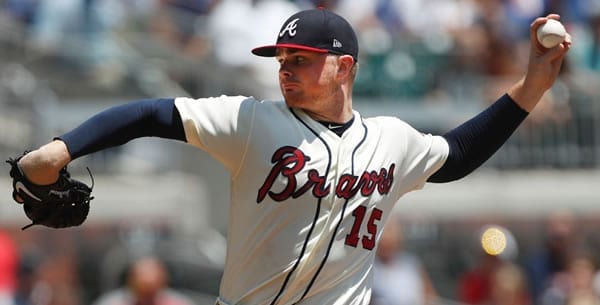 The Mets have won the first two of this four-game set with the Braves and ride a three-game winning streak into Saturday’s meeting. The Braves were riding high after having won seven of eight from the Cubs, Marlins, and Rockies, but have quickly been brought back to earth against their rivals from the Big Apple. Can they solve the Mets in this one, or will their struggles against their main competitors continue?

The line opened at -128 for the Braves and has shifted slightly toward Atlanta to settle at -135. The over/under started at 9 but has since risen to 9.5, perhaps in a reflection that the two games in this series have produced nine and eight runs respectively.

This was supposed to be a preview of the battle between both teams and Philadelphia (and possibly Washington) throughout the season, but if that’s the case, the alarm bells have to be going off in Atlanta. While the Mets have ably battled the Nationals to a 3-3 draw so far and taken the first two games in Georgia, the Braves now sport an 0-5 combined record against the Mets and Phillies. Atlanta bounced back well after getting swept by Philadelphia, but this series with the Mets has called their competition into question.

The NBA Playoffs starts today. Get our of our handicapper’s top plays>>> NBA Playoff Picks

The Braves won seven of eight, but the Cubs don’t look like world beaters so far, the Marlins’ issues are well documented, and the Rockies own a worse record than anyone not named the Marlins. Put simply, Atlanta has to get itself off the deck here and show that it intends to be part of the battle that the Mets and Phillies have already joined.

With Vargas (1-0, 9.00), it’s been feast or famine when he’s gone against the Braves. In four starts against Atlanta last year, he went 2-2, including a three-hitter through seven innings in September of last season that the Mets went on to win 4-1. When he’s been bad, though, he’s been pretty terrible against Atlanta, as the Braves whacked him for 11 hits and six runs in an 11-0 loss last May. What you can expect with Vargas is that he’ll complete five innings, but probably no more, as he made it through the fifth on three occasions and was one out from doing so in the one appearance where he didn’t get through five.

Newcomb (0-0, 1.64) saw the Mets three times last year, and while he’s had their number in terms of pitching performances, holding New York to nine hits in 18 innings of work, he hasn’t had their number in terms of wins. In two of his duels with the Mets, he pitched well enough to win the game but was forced to take a no-decision because he didn’t get the run support he needed. Both times, the bullpen let the Braves down, including a 3-0 loss where Newcomb held the Mets to just one hit in five innings.

Hitting-wise, the teams have been just about equal in this series. New York has had 17 hits in two games to Atlanta’s 16. Why, then, have the Mets outscored the Braves 12-5 in the first two games? It’s because New York is taking advantage of its chances and Atlanta is not. In the teams’ first two meetings, the Mets have batted a respectable 6-for-20 (.300) with runners in scoring position. Atlanta is 1-for-11 (.090) and getting little from its offense outside of Ronald Acuna Jr. The Braves cannot keep relying on the big fly to power their offense against a Mets pitching staff that has more than held its own against them.

For all the teams’ struggles from the bullpens prior to this series, they haven’t been an issue so far. Other than one solo home run, the Mets’ bullpen hasn’t conceded a run to the Braves in six innings on the hill, and while Jonny Venters has struggled to find the form he once had, the game was already lost for Atlanta by the time he took the slab. Nine of the Mets’ 12 runs have scored in the fourth inning or earlier, including all six runs in Friday’s victory.

The Mets have been rolling as a road dog this season, going 7-1 away from Queens and 6-1 when they’ve been the underdog. Now they’ve got a chance to really make an early statement against one of their biggest rivals, who happens to be the holders of the NL East crown. It’s only April, but with ace Jacob deGrom going in Sunday’s game, the Mets can really put some distance between themselves and the Braves and build some significant momentum going into six games in 10 days against the Phillies. A win Saturday gives New York a real opportunity to carry a five-game winning streak into Philadelphia and force the Braves to ask real questions of themselves early in the season.

Atlanta has the numbers working in its favor, but Newcomb seems a tad snakebit in terms of the final result against the Mets. I don’t expect this game to be very high-scoring, but something tells me that the bullpen is again going to disappoint Newcomb and waste a valiant effort against the Mets. Atlanta’s offense isn’t clicking at the moment, and New York should be able to do enough against Newcomb to give itself a chance against the Braves’ bullpen. That should be enough for the Mets to keep things rolling, so I’ll take a chance on them as a road dog.