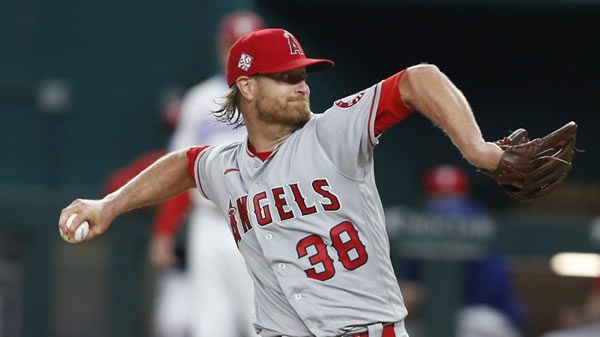 I personally love first-five betting for baseball because it means I can get in and out without having to mess with a bullpen. Well, so do the Athletics on the road, in most cases. Strangely, Oakland doesn’t seem to get going at the start of the game when they’re playing at home, as they’re just 20-21-13 in the first five innings at home and have cost bettors seven full units over the course of the season.

But when they leave home (perhaps because their stadium is trash), the Athletics have been ready from the opening pitch. They’re 24-17-7 in the first five away from home, and because you’re always going to get better odds on the road than at home, they’ve proven a solid bet for those willing to back them to get started early.
However, there’s one big danger with taking the Athletics on the road in this bet: those great starts haven’t really worked when Frankie Montas has taken the ball. Montas hasn’t been the problem; he’s held opponents to three runs or less in each of his past five starts. But the Athletics have been behind in three out of five starts, mainly because the offense hasn’t given him more than two runs of support until he’s already left the game. That problem extends through the rest of the game: the A’s are just 3-7 in Montas’ past ten starts.

Alex Cobb has to be thrilled that he’s getting one more start in July because the seventh month of the calendar has been very good to the former Oriole. In June, Cobb was honestly lucky to have a job, as he got torched for 16 runs in 14 innings by Tampa Bay, Arizona, and Seattle, the latter two being comically bad offenses.

But since seeing his old team to kick off July, Cobb has been excellent for the Angels. He’s gone at least five innings in all four starts and hasn’t allowed more than one earned run in any of his July starts. He’s not missing bats very often, but he’s also not allowing many hits, as he’s giving up just five hits a game and hasn’t let any balls leave the yard.
Cobb will likely be quite pleased to see the Athletics again, as he’s done quite well against them earlier this season: he was the winning pitcher back on May 29, when the Angels blitzed the Athletics in a 4-0 win.

What’s more, these games haven’t really been all that close. In 11 out of 12 matchups this year, the winning team covered the -1.5 spread on the run line, with the Angels’ 6-5 win on May 23 marking the only exception. With these teams being close on the money line and Montas having seen his past four starts decided by one run, you might not want to be as risky in this game, but it’s an interesting thing to consider.

Wind could be a help to the offenses here, with winds blowing at nine miles per hour to right-center and temperatures at a very pleasant 80 degrees.

It’s hard to ignore what the Athletics have done to the Angels this season, but Montas has really struggled with getting results because his team isn’t giving him much run support. Plus, I can’t ignore what Cobb has done this month and the fact that he’s already faced the Athletics earlier and had plenty of success.

The Athletics might have owned this matchup this season, but I think the Angels turn the tables in this one. Give me the Angels.

Football is coming! Does your bookie sock you with -110 odds? Of course he does! Most do! Did you know that you could be wagering on games at -105 instead? That saves you $5 per $100 you’re trying to win. That is HUGE over time! Dump your overpriced book TODAY and get signed up with BetAnySports! We’ve advertised them for over 10 years with ZERO complaints! Click here to register for an account today!