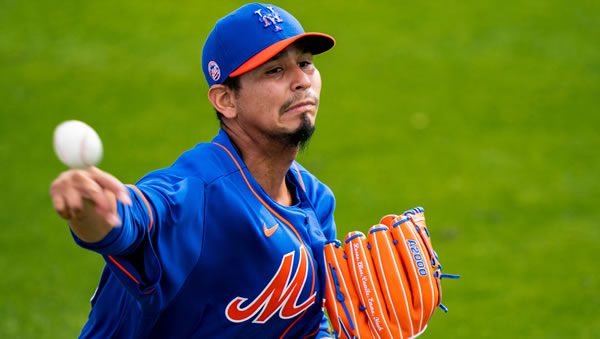 Money Line: Pirates +205 / Mets -250 (BAS - Not all sportsbooks are created equal! Make sure you’re betting at lines at reduced juice and not overpaying for odds!)

The New York Mets host the Pittsburgh Pirates on Thursday, September 15th at Citi Field. The first pitch in this matchup is scheduled for 07:20 ET. The MLB Odds Board places New York as the favorite (-250), with an OU line set at 8.0.

In Pittsburgh’s last game vs Cincinnati, the Pirates came away with a 10-4 win. For the game, Pittsburgh’s pitching staff allowed 4 runs on 7 hits. The Pirates benefited from an offense that generated 10 runs on 12 hits. Pittsburgh picked up the win, despite getting 126.0 on the moneyline. With the over-under line set at 7.5 runs, the Pirates and Cincinnati combined to go over this total. Even with this game going over the total, Pittsburgh still has an over-under record of just 63-70-10.

The Pirates are looking to continue adding wins, as they are 4-1 over their last 5 games. During this time, they have an average scoring differential of +14. Their hot play has been driven by an offense that typically averages 3.60 runs per game. But over this stretch, this figure has bumped up to 5.2. Pittsburgh’s overall series record is just 10-29-7.

New York will be looking to move on from a tough loss to the Cubs by the score of 6-3. On their way to giving up 6 runs, the Mets staff allowed 7 hits. With their 8 hits, the Mets could only plate 3 runners. New York dropped the game despite being favored at -200.0. So far, the team has won 66.0% of the games in which they were favored. The Mets and Cubs went over the run total line set at 7.5 runs. For the season, the team’s over-under record is 72-63-9.

In their last 5 contests, the Mets have just 2 wins, going 2-3. Despite this record, the team still has a positive run differential of +5 (last 5). In their 5 most recent contests, the team is scoring at a rate of 5.2 similar to their season-long average of 4.67. On the season, New York has won more than half of their series, going 32-10-3.

JT Brubaker gets the start for the Pirates, with an overall record of 3-11. To date, Brubaker has an ERA of 4.36 while lasting an average of 5.31 innings per appearance. Compared to other starters, the right-hander has a high BA allowed, currently sitting at 0.264. This season, Brubaker has been able to avoid giving up home runs, allowing just 1.04 per 9 innings. Per game, JT Brubaker is averaging 5.38, on a strikeout percentage of 23.0%. In his previous outings, walks have been an issue, as Brubaker is averaging 3.32 free passes per outing.

In today’s game, New York turns to starter Carlos Carrasco. For the year, he has a record of 14-6. So far, Carrasco has put together an ERA of 3.73. In his appearances leading up to today, he has lasted an average of 5.4 innings. Teams have been able to rack up runs against him, as he has a batting average allowed of 0.268. Opposing batters are hitting for power at a below-average rate against Carrasco, as he is allowing just 1.0 per 9 innings. Per game, Carlos Carrasco is averaging 5.28, on a strikeout percentage of 23.0%. Command has been a problem for Carrasco, as he is giving up 2.33 walks per outing.

For the season, the Pittsburgh Pirates and New York Mets will be playing their 4th game of the season. Currently, New York is winning the season series 2-1. The over-under record in this series sits at 2-1. The average run total in these games is 10.86 runs per game. The averge scoring margin in these meetings is 6.67 runs. Going back to last year, Pittsburgh won the season series, 4 games to 3. In these 7 meetings, the two teams combined for an over-under record of 5-2. Last year, the Pirates and Mets averaged 10.86 runs per game. The average scoring differential in this series was 3.14 runs per game.

Heading into Thursday’s matchup between Pittsburgh and New York, the Mets are the heavy favorite on the moneyline. However, the Pirates are a candidate to pull off the upset, as they have been playing well while the Mets have been sliding. JT Brubaker has also held up well in his past 2 starts vs some tough lineups. I like the Pirates to come out on top.

Free MLB Pick: Pirates Moneyline. Bet your baseball and football picks for FREE this week by scoring a fat 100% real cash bonus up to $500 when you use bonus code PREDICTEM at Betnow Sportsbook!