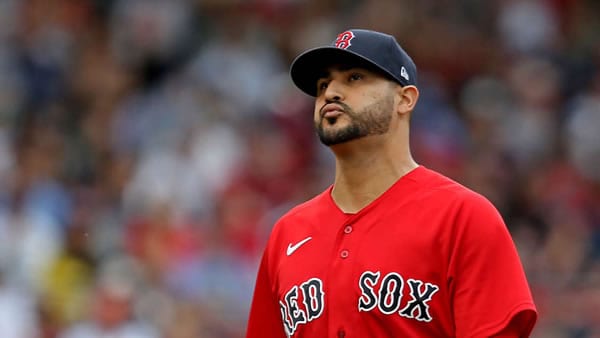 The Houston Astros host the Texas Rangers on Tuesday August 9th at Minute Maid Park. The first pitch in this matchup is scheduled for 08:10 ET. The MLB Odds Board places Houston as the favorite (-173), with an OU line set at 8.

The Rangers come into this matchup having suffered a 6 run loss to the White Sox (8-2). On their way to giving up 8 runs, the Rangers staff allowed 15 hits. On offense, the Rangers finished with 2 runs on 9 hits. Texas’s loss came as the underdog, getting 120.0 on the moneyline. Together, the Rangers and White Sox combined to surpass the over-under betting line set at 8.0 runs. Texas has had more than half of their games go over the over-under line (52-49-7).

The Rangers will be hoping to pick up a win in today’s matchup, as they have gone just 2-3 over their last 5 games. This mark has come on an average run margin of just -1. A key reason for Texas’s recent struggles is an offense averaging just 3.4 runs per game over their last 5 contests, compared to a season average of 4.45. Texas’s overall series record is just 13-18-4.

The Astros will look to bounce back from a tight 1-0 loss to the Guardians. Even in the loss, the pitching staff allowed just 1 run on 8 hits. With their 2 hits, the Astros could only plate 0 runners. Leading into the game, Houston was the betting favorite at -130.0. For the season, the team has been favored in 94 games, winning at a rate of 66.0%. Combined, the Astros and Guardians’ run total fell below the over-under line of 8.0 runs. This result comes as no surprise, as the team’s over-under record is just 39-68-3.

In their last 5 games, the Astros have put together a record of 3-2. Their recent success is backed by an average scoring margin of +13 (last 5). Houston has benefited from strong pitching, as their offense has slipped in their last 5 games, averaging just 4.4 runs per game. Their overall average sits at 4.42. On the season, Houston has won more than half of their series, going 22-11-3.

The Texas Rangers will send Martín Pérez to the mound with an overall record of 9-2. In his previous outings, Pérez has lasted an average of 6.24 innings, putting together an ERA of just 2.47. Across his previous appearances, the left-hander has a batting average allowed of 0.23. Opposing batters are hitting for power at a below-average rate against Pérez, as he is allowing just 0.55 per 9 innings. In terms of strikeouts, Martín Pérez has a strong strikeout percentage of 22.0%, including a per game average of 5.52. In his previous outings, walks have been an issue, as Pérez is averaging 2.61 free passes per outing.

Houston will roll with Jose Urquidy (10-4) as their starter. So far, Urquidy has put together an ERA of 3.62. In his appearances leading up to today, he has lasted an average of 5.71 innings. Compared to other starters, the right-hander has a high BA allowed of 0.245. Opposing hitters are hitting home runs at an above-average rate against Urquidy. This year, he is allowing 1.34 HR’s per 9 innings pitched. In terms of strikeouts, Jose Urquidy has a strong K% of 19.0%, including a per game average of 4.5. For the season, he has struggled with command averaging 1.89 walks per outing.

For the season, the Texas Rangers and Houston Astros will be playing their 12th game of the season. Currently, Houston is winning the season series 8-3. The over-under record in this series sits at 1-10. The average run total in these games is 9.84 runs per game. The averge scoring margin in these meetings is 2.82 runs. Houston won last year’s head-to-head series, grabbing 14 wins to 5. In these 19 meetings, the two teams combined for an over-under record of 11-5. Last year, the Rangers and Astros averaged 9.84 runs per game. The average scoring differential in this series was 4.58 runs per game.

Heading into today’s matchup between Houston and Texas, the over-under betting line is set at 7.5 runs. Even with the low number, I recommend taking the under. Astros starter Jose Urquidy is coming off one of his best outings of the year, throwing 7 scoreless innings vs Boston. On the other side, Martin Perez racked up 9 strikeouts vs Baltimore across 6 innings.