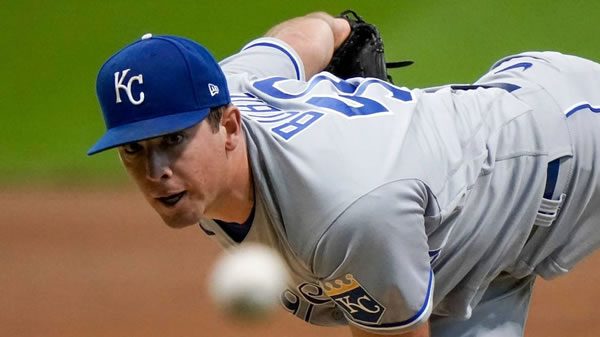 The Kansas City Royals host the Tampa Bay Rays on Sunday, July 24th at Kauffman Stadium. The first pitch in this matchup is scheduled for 02:10 ET. The MLB Odds Board places Tampa Bay as the favorite (-150), with an OU line set at 9.0.

The Rays are hoping to get back on track after falling to the Royals by a score of 6-3. In the loss, Tampa Bay’s pitchers gave up 6 runs on 13 hits. The Rays ended the game with just 3 runs on 8 hits. This defeat came despite being favored at -105.0. Through 66 games as the favorite, the team has found the win column at a rate of 61.0%. This matchup remained below the over-under line set at 10.0 runs. This outcome pushed Tampa Bay’s over-under record further below .500 at 44-45-5.

In their last game, Kansas City took down the Rays by a score of 6-3. In the win, the pitching staff allowed just 3 runs on 8 hits. In the victory, the Royals came up with 13 hits and 6 runs. Heading into action, Kansas City was the favorite at -115.0. For the season, the team has been favored in 27 games, winning at a rate of 56%. Combined, the Royals and Ray’s run total fell below the over-under line of 10.0 runs. Even still, Kansas City games have still gone over the betting total over half of the time, at 46-44-4.

The Royals come into today’s game looking to turn things around, as they are just 1-4 over their last 5 games. During this time, the team has a run differential of -11. Even with their recent struggles, the offense has been steady, averaging 3.4 runs per game. This is right in line with their season average of 3.91. Kansas City has a below .500 series record of just 8-18-4.

Tampa Bay will roll with Jeffrey Springs (3-2) as their starter. Currently, Springs has an ERA of just 2.53 while pitching an average of 3.37 innings per outing. So far, batters are hitting just 0.219 against him. Home runs have been a concern for Springs as he is allowing 1.41 per 9 innings. On the season, Jeffrey Springs has had no problem racking up strikeouts, posting a strikeout percentage of 28%. This includes a per game average of 3.68 K’s per game. Throughout the season, Springs has avoided walking batters, allowing just 2.11 per contest.

Kansas City will roll with Kris Bubic (1-6) as their starter. So far, Bubic has put together an ERA of 6.02. In his appearances leading up to today, he has lasted an average of 4.07 innings. Compared to other starters, the right-hander has a high BA allowed of 0.293. Opposing hitters are hitting home runs at an above-average rate against Bubic. This year, he is allowing 1.33 HRs per 9 innings pitched. Bubic has accumulated a strikeout percentage of 18.0% and a per game average of 3.4. Bubic comes into the game hoping to improve his walk numbers, as he is averaging 4.99 free passes per outing.

Today’s matchup between the Tampa Bay Rays and Kansas City Royals will be their 3rd meeting of the season. So far, the teams have each won 1 time. The over-under record in this series sits at 1-1. The average run total in these games is 9.67 runs per game. In these matchups, the average scoring differential sits at 3.5 runs. Going back to last year, Tampa Bay won the season series, 4 games to 2. In these 6 meetings, the two teams combined for an over-under record of 3-3. Last year, the Rays and Royals averaged 9.67 runs per game. The average scoring differential in this series was 3.0 runs per game.

Heading into Sunday’s American League matchup between Tampa Bay and Kansas City, the Rays are the favorite to come away with a win. Tampa Bay starter Jeffrey Springs will be making his first start since July 5th. Before his injury, he had a few straight rough outings, raising his ERA from 1.45 to 2.53. However, he has an excellent matchup vs a light-hitting Royals offense. I like Tampa Bay on the moneyline.