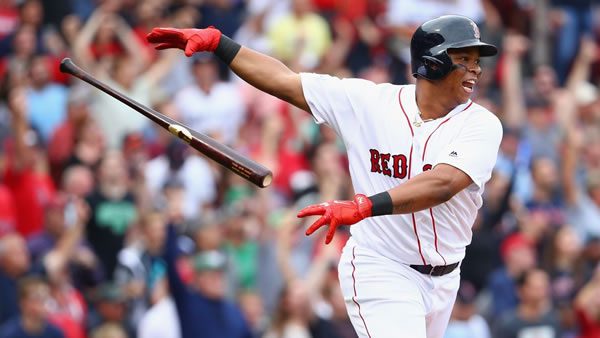 The Los Angeles Angels host the Boston Red Sox on Monday, June 6th at Angel Stadium of Anaheim. The first pitch in this matchup is scheduled for 09:38 ET. The MLB Odds Board places Los Angeles as the favorite (-125), with an OU line set at 8.5.

Heading into today’s game, Boston will be looking to tack on another win after taking down the Athletics by the score of 5-2. On their way to the victory, the pitching staff gave up 2 runs on 7 hits. The Red Sox lineup had a good night at the plate, coming up with 7 hits, leading to 5 runs. In the matchup, Boston was favored at -105.0 on the moneyline. So far, the team has been the favorite in 33 of their games, winning at a rate of 55.0%. In the game, the Red Sox and Athletics combined to match the over-under betting line of 7.0 runs. With the teams matching the betting line, Boston’s over under record sits at 22-27-5, Boston.

The Red Sox are looking to continue adding wins, as they are 4-1 over their last 5 games. Over this stretch, the team has a positive run differential at +21. A key to their recent success has been an offense averaging 5.6 runs per game, compared to their season average of 4.85. Boston’s overall series record is just 6-8-3.

In Los Angeles’s last outing, they fell by a score of 9-7 to the Phillies. In the game, the team’s pitching staff allowed a total of 9 hits, leading to 9 runs. At the plate, the Angels scored 7 times on 8 hits. Leading into Los Angeles’s loss, they were the underdogs, getting 105.0 on the moneyline. In their 13 games as the underdog, their straight-up win percentage sits at 23.0%. The Angels and Phillies went over the run total line set at 8.5 runs. For the season, the team’s over-under record is 27-24-4.

Michael Wacha gets the start for the Red Sox, with an overall record of 3-1. Currently, Wacha has an ERA of just 2.43 while pitching an average of 5.03 innings per outing. So far, batters are hitting just 0.185 against him. Wacha is giving up home runs at a rate similar to the league average, allowing 0.9 per 9 innings. Wacha is in the bottom half of the league in strikeouts, averaging just 3.38 K’s per game. This includes a strikeout percentage of 17.0%. Throughout the season, Wacha has avoided walking batters, allowing just 3.1 per contest.

The Los Angeles Angels will send Noah Syndergaard to the mound with an overall record of 4-3. To date, Syndergaard has an ERA of 4.02 while lasting an average of 5.01 innings per appearance. Teams have been able to rack up runs against him, as he has a batting average allowed of 0.256. So far, Syndergaard has managed to keep the ball in the ballpark, allowing just 0.9 home runs per 9 innings. Syndergaard is in the bottom half of the league in strikeouts, averaging just 3.38 K’s per game. This includes a strikeout percentage of 16.0%. Throughout the season, Syndergaard has avoided walking batters, allowing just 2.01 per contest.

Today’s matchup between the Boston Red Sox and Los Angeles Angels will be their 4th meeting of the season. Los Angeles holds the edge in the series at 2-1. The over-under record in this series sits at 2-1. The average run total in these games is 8.83 runs per game. In these matchups, the average scoring differential sits at 5.67 runs. Last year, the team’s split the season series at 3-3. The over-under record in last year’s matchups was 1-4, with the average run total being 8.83 runs per game. The average scoring differential in this series was 2.5 runs per game.

Heading into Monday’s American League matchup between Boston and Los Angeles, I like the Red Sox to pick up the win as the slight road underdog. Even though the Angels are near the top of the league in offensive home runs, Michael Wacha has given up just 4 deep shots all season long. Look for Boston to pick up a close win.

Free MLB Pick: Red Sox Moneyline. Bet your Red Sox vs. Angels prediction and ALL your MLB picks for FREE this week by taking advantage of a 100% real cash bonus on your first deposit up to $500 when you use bonus code PREDICTEM at Betnow Sportsbook!