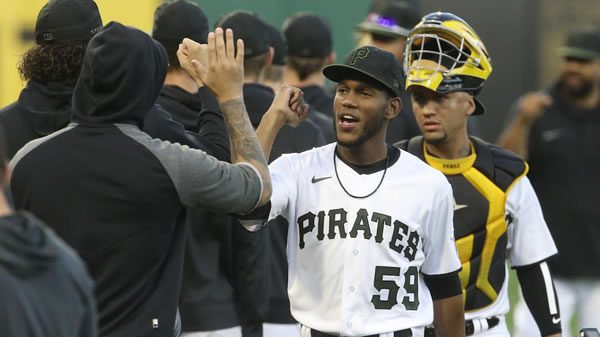 The Pittsburgh Pirates host the Cincinnati Reds on Monday September 26th at PNC Park. The first pitch in this matchup is scheduled for 06:35 ET. The MLB Odds Board places Pittsburgh as the favorite (-130), with an OU line set at 8.0.

The Cincinnati Reds will look to add another win to their resume after pulling out a slim 2-1 win over Milwaukee. On their way to the victory, the pitching staff gave up 1 run on 5 hits. The team was able to pick up the win despite scoring just 2 runs on their 6 hits. This victory came despite being the betting underdog, getting 130.0 on the moneyline. Together, the Reds and Milwaukee stayed below the over-under line set at 8.5 runs. This outcome pushed Cincinnati’s over-under record further below .500 at 73-76-4.

The Reds will be hoping to pick up a win in today’s matchup, as they have gone just 2-3 over their last 5 games. This mark has come on an average run margin of just -9. A key reason for Cincinnati’s recent struggles is an offense averaging just 2.6 runs per game over their last 5 contests, compared to a season average of 4.12. Cincinnati’s overall series record is just 15-25-8.

Pittsburgh will look to move on from a 5 run loss to the Cubs, falling by the score of 8-3. On their way to giving up 8 runs, the Pirates staff allowed 10 hits. The Pirates’ offense ended the game with just 3 runs on 6 hits. Pittsburgh came away with a loss, despite being favored on the moneyline (-130.0). So far, the team has won 52.0% of the games in which they were favored. The Pirates and Cubs went over the run total line set at 8.0 runs. Against the run total, Pittsburgh is just 69-74-10.

The Pirates come into today’s game looking to turn things around, as they are just 1-4 over their last 5 games. During this time, the team has a run differential of -13. Even with their recent struggles, the offense has been steady, averaging 3.6 runs per game. This is right in line with their season average of 3.59. Pittsburgh has a below .500 series record of just 10-32-7.

Cincinnati will roll with Chase Anderson (2-3) as their starter. To date, Anderson has an ERA of 5.21 while lasting an average of 3.17 innings per appearance. Across his previous outings, opponents are batting 0.164 against Anderson. Opponents have been able to hit for power against Anderson, as he has HR/9 figure of 1.42. Anderson has had trouble generating strikeouts, averaging just 3.0 K’s per game on a K rate of 24.0%. Leading into the game, he has shown a strong command of his pitches, averaging just 5.21 walks per contest.

The Pittsburgh Pirates will send Roansy Contreras to the mound with an overall record of 5-5. So far, Contreras has put together an ERA of 3.68. In his appearances leading up to today, he has lasted an average of 4.63 innings. Through 19 outings, opposing teams have combined for a batting average of 0.224. Per 9 innings pitched, Contreras is giving up 1.12 home runs. On the season, Roansy Contreras has had no problem racking up strikeouts, posting a strikeout percentage of 22.0%. This has led to an average of 4.42 K’s per game. For the season, he has struggled with command averaging 3.78 walks per outing.

For the season, the Cincinnati Reds and Pittsburgh Pirates will be playing their 17th game of the season. Pittsburgh holds the edge in the series at 9-7. The over-under record in this series sits at 8-7. The average run total in these games is 10.47 runs per game. In these matchups, the average scoring differential sits at 3.88 runs. Last season, Cincinnati picked up the series win, 13 games to 6. The over-under record in last year’s matchups was 12-5, with the average run total being 10.47 runs per game. The average scoring differential in this series was 5.32 runs per game.

Free MLB Pick: Pittsburgh Moneyline. Rough week last week? Instead of re-depositing at your bookie and getting nothing, consider grabbing a 125% real cash bonus up to $400 AND get a free point EVERY TIME you bet your favorite NFL, college, NBA and college basketball team when you enter bonus promo code PREDICTEM at GTBets Sportsbook! They have a sweet player rewards program where you get points redeemable for free bets too!