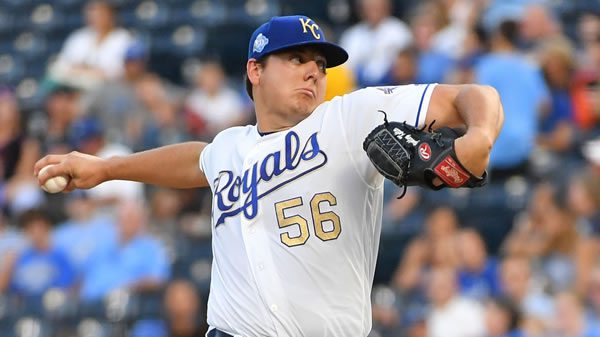 The Chicago White Sox host the Kansas City Royals on Monday, August 1st, at Guaranteed Rate Field. The first pitch in this matchup is scheduled for 08:10 ET. The MLB Odds Board places Chicago as the favorite (-159), with an OU line set at 8.5 runs. Read on to get our analysis and free pick on tonight’s game.

Kansas City looks to keep things rolling after taking down the Yankees by the score of 8-6. For the game, Kansas City’s pitching staff allowed 6 runs on 7 hits. The Royals lineup had a good night at the plate, coming up with 9 hits, leading to 8 runs. This victory came despite being the betting underdog, getting 235.0 on the moneyline. h This game went over the posted over-under line of 8.5 runs. Kansas City once again has a .500 over-under record of 49-49-4.

After their 5 most recent games, the Royals have gone just 1-4. This mark has come on an average run margin of just -15. Kansas City’s offense is in the middle of a cold streak, as their offensive production has dipped to just 3.0 runs per game over their last 5 contests. Kansas City’s overall series record is just 9-20-3.

Chicago will look to keep things rolling in today’s game, as they most recently took down Athletics by 3 runs 4-1. For the game, the pitching staff held the Athletics to 1 run on 6 hits. With their 8 hits, the White Sox could only muster 4 runs. Heading into action, Chicago was the favorite at -290.0. For the season, the team has been favored in 63 games, winning at a rate of 56%. Combined, the White Sox and Athletics’ run total fell below the over-under line of 8.0 runs. Now, Chicago had an over-under record of 47-48-6.

In their last 5 games, the White Sox have put together a record of 3-2. Chicago has managed to play above .500 baseball, despite their last 5 scoring margin sitting at 0. Chicago is still playing winning baseball, even with their offense averaging just 3.4 runs per game, compared to a season-long mark of 4.36. On the season, Chicago has won more than half of their series, going 13-12-7.

Kansas City will roll with Brad Keller (5-11) as their starter. So far, Keller has put together an ERA of 4.35. In his appearances leading up to today, he has lasted an average of 5.64 innings. Compared to other starters, the right-hander has a high BA allowed, currently sitting at 0.251. This season, Keller has been able to avoid giving up home runs, allowing just 0.92 per 9 innings. On the season, Brad Keller has had no problem racking up strikeouts, posting a strikeout percentage of 16.0%. This includes a per game average of 3.84 K’s per game. Command has been a problem for Keller, as he is giving up 3.34 walks per outing.

The Chicago White Sox will send Michael Kopech to the mound with an overall record of 4-6. In his previous outings, Kopech has lasted an average of 4.89 innings, putting together an ERA of just 3.16. Hits have been hard to come by against the right-hander, as his batting average allowed is just 0.196. Kopech is giving up home runs at a rate similar to the league average, allowing 1.02 per 9 innings. In terms of strikeouts, Michael Kopech has a strong K% of 21.0%, including a per game average of 4.33. Kopech comes into the game hoping to improve his walk numbers, as he is averaging 4.58 free passes per outing.

For the season, the Kansas City Royals and Chicago White Sox will be playing their 9th game of the season. Today’s game will be a rubber match for the two teams, as Kansas City and Chicago each have 4 wins. The over-under record in this series sits at 2-4. The average run total in these games is 7.53 runs per game. In these matchups, the average scoring differential sits at 3.25 runs. Last season, Kansas City picked up the series win, 10 games to 9. In these 19 meetings, the two teams combined for an over-under record of 5-14. Last year, the Royals and White Sox averaged 7.53 runs per game. The average scoring differential in this series was 3.84 runs per game.

More Picks: Get our LAD/SF betting analysis including best bet for their 8/1/22 game

Heading into Monday’s American League Central matchup between Kansas City and Chicago, the White Sox are the favorites to come away with a win. Even though White Sox starter Michael Kopech has been dealing with an increased level of traffic on the bases, he still has picked up 2 straight wins and is coming off a scoreless outing vs Colorado. Look for the White Sox’s right-hander to put together a good outing vs. a light-hitting Royals squad.