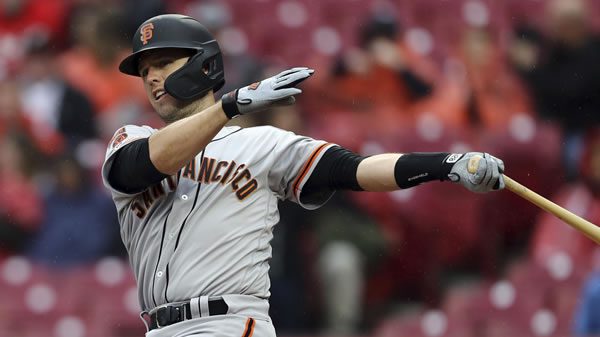 It was supposed to be so easy for San Diego this season, as the Padres were expected to cruise to a playoff spot and then challenge the Dodgers in the NLDS for what promised to be an epic showdown. But the Giants then bullied their way into the race and never backed off, instead of allowing the Padres to completely fade down the stretch. San Diego is now almost out of the race entirely, and the Padres will have a hard enough time even finishing at .500 with how things are going.

Given the expectations this team had at the start of the season, it’s easy to see that San Diego lacks motivation and just isn’t up to the challenge of facing off with a San Francisco team that knows every game is critical. The Giants only lead the Dodgers by one game and want to stay out of the wild card game, which would require them to burn one of their best pitchers in an attempt to make the NLDS.

Back From the Dead

If you’re surprised to see Scott Kazmir making a start for San Francisco, you’re far from alone. The Giants actually designated the veteran pitcher for assignment earlier this year, sending him back to the minors in June, and he hadn’t been seen in the majors since. But San Francisco has chosen to bring him back as they try to hang on to their lead, a sign that the pitching staff is running out of bullets and that the Giants don’t really consider the Padres to be that big of a threat anymore.

For 2021, things haven’t been pretty for the often-erratic Kazmir, as he’s pitched a mere seven innings and allowed five runs against the Dodgers and Cubs. Three of those runs were home runs, which he might not have to worry as much about in cavernous Petco Park. But the Giants likely expect this to be a bullpen game, so don’t count on Kazmir lasting too long here.

Gasoline on the Fire

San Diego likely isn’t helping its situation by turning to Vince Velasquez, whom the Phillies decided was expendable in their quest to win the NL East after he gave up five or more runs in three out of four starts at the end of July. The Padres picked him up and saw that he was no better with them than he was in Philadelphia, as he gave up four runs to the Cardinals, and his team finished with an 8-2 loss.

Velasquez was never a great pitcher anyway, but things have gotten much worse this season, as his overall ERA is above 6 for the first time in his career. It’s not likely to get better here, considering that the Giants tagged him for four runs when they saw him at Oracle Park back in June.

This should be a nice day for baseball, with clear skies and temperatures at 76 degrees at first pitch. Wind will blow in from left field at about six miles per hour.

There’s not much to like about Kazmir on the mound, but there’s even less to like about the way San Diego has played lately. The Padres seem resigned to the fact that they’ve blown their chance at the postseason and now have their minds anywhere but on the diamond. Throw in Velasquez on the mound, and you have a recipe for the over to hit and the Padres to have a rough time getting a win.

Give me San Francisco to cover with the over. Bet this week’s football picks for FREE by scoring a 100% real cash bonus on your first deposit up to $1000 at Betnow Sportsbook!