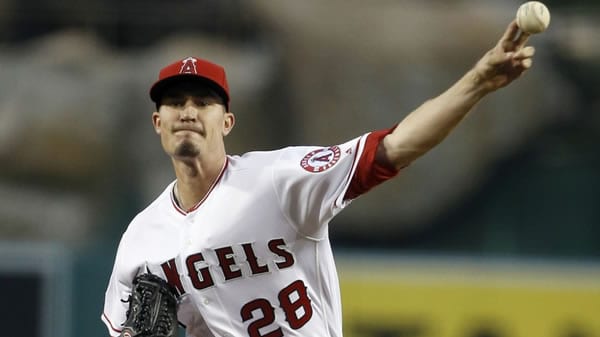 Moneyline: SEA +145/LAA -170 (Dimeline Baseball Betting >>> Paying more for favorites and getting paid less on underdogs is a BAD move. Fix it today!)

The Angels and Mariners ended the first half of the season facing off against each other, and they’ll match up with each other again for a three-game set to start the remainder of the campaign. Both teams are sitting precariously behind Houston and Oakland in the race for the AL West crown. Based on where they’re at in the standings, this is a chance to either push for the playoffs or fall out of contention altogether.

With those two facing the AL Central’s best teams this weekend, the opportunity could be there to gain a game or more on them and climb back into the race. Seattle, in particular, is intriguing because the Mariners own the longest playoff drought in the majors (the Mariners haven’t played in the postseason since 2001) and will get 25 chances at Houston and Oakland over the rest of the season. But to get in a position to make those count, they’ve got to do the job against the Angels, against whom they currently have a 6-4 record in 2021.

Legendary St. John’s basketball coach Lou Carnesseca had a saying for people who complained about his teams winning most of their home games: “Why shouldn’t we win? If you come to my house for dinner, don’t you want me to enjoy the evening?” Chris Flexen has taken that idea and run with it during his starts for the Mariners this season, as he’s been a much different pitcher at home than he has been on the road.

At home, he’s been dynamite, posting a 1.76 ERA, fanning 43 hitters, and allowing an OBP of .251. On the road, he’s barely been serviceable, as his ERA sits at 6.97, and opponents get on base at a .387 clip. That’s a staggering difference, and while some of it can be explained by the Mariners basically letting him die on the mound in the second inning of a 16-1 loss to San Diego, the reality is that Flexen’s struggles away from Seattle mirror his team’s. The Mariners have been an excellent home bet this year, going 29-20 in the Emerald City. But on the road, they’re just 19-23, and if they don’t get things figured out away from home, their playoff drought will continue for another year.

You’d think a team with Shohei Ohtani and terrible pitching would be a solid bet for the over, and for the most part, you’d be right. But the Angels have actually gone in the other direction as of late, in part because the pitching has actually been half-decent and in part because the books have noticed and pushed the Angels’ totals ever higher. In their past eight games, the under has cashed five times with a push. In large part because the Angels have seen a lot of high totals as of late. The past ten games have seen the total at nine or higher eight times, but the Angels have started to keep runs off the board, holding the opponent to four or less in five of their past eight games.

The question is whether the Angels’ pitching staff is improving or whether that was a product of facing a pathetic Orioles team and the punchless Mariners. We won’t know for sure in this series, but considering Seattle scored three runs in its past two games against the Angels, there’s a good chance the pitching comes through again for Los Angelos.

Clear skies and winds going out to center field await the teams in this matchup, with wind gusts reaching nine miles per hour and temperatures at 76 degrees.

The Mariners have occasionally found ways to bail Flexen out on the road, but there is no denying that he is not the same pitcher when he gets out of the Pacific Northwest. The Mariners have been a great underdog all year. But this doesn’t seem like the right game in which to trust them.

I’ll take the Angels. Bet this game and ALL your MLB picks for FREE this week by taking advantage of a 100% REAL CASH bonus on your first deposit of $100 to $300 at MyBookie Sportsbook! (Must use bonus code PREDICT100).