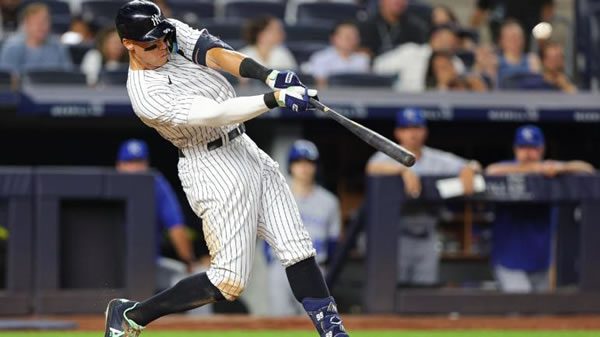 The New York Yankees host the Seattle Mariners on Tuesday, August 2nd at Yankee Stadium. The first pitch in this matchup is scheduled for 07:05 ET. The MLB Odds Board places New York as the favorite (-163), with an OU line set at 8.5.

The Mariners are hoping to get back on track after falling to the Yankees by a score of 7-2. In the loss, Seattle’s pitchers gave up 7 runs on 10 hits. With their 7 hits, the Mariners could only muster 2 runs. The loss came as Seattle was the betting underdog, getting 160.0 on the moneyline. The Mariners and Yankees played to an even match of the over-under line set at 9.0 runs. At 48-53-3, Seattle has combined to stay below the over-under betting lines in over half of their games.

The Mariners will be hoping to pick up a win in today’s matchup, as they have gone just 1-4 over their last 5 games. This mark has come on an average run margin of just -17. A key reason for Seattle’s recent struggles is an offense averaging just 2.4 runs per game over their last 5 contests, compared to a season average of 4.02. So far, Seattle has won over half of their 33 series played, going 17-15-1.

In their last game, the New York Yankees picked up a 5 run win over the Mariners by a score of 7-2. In the winning effort, the team’s pitchers held the Mariners to 2 runs and 7 hits. Offensively, they finished with 7 runs on 10 hits. Heading into action, New York was the favorite at -180.0. So far, the team has won 69.0% of the games in which they were favored. Combined, the Yankees and the Mariners matched the over-under total of 9.0. On the season, New York’s overall over-under record sits at 52-49-3.

Across their last 5 contests, the Yankees are above .500, going 4-1. During this time, the team’s run differential sits at +16. Overall, the Yankees are averaging 5.37 runs per contest. But, over their last 5 outings, they have been scoring at a clip of 6.6 runs per contest. On the season, New York has won more than half of their series, going 24-6-5.

Seattle will roll with Logan Gilbert (10-4) as their starter. Through 21 appearances, Gilbert has an ERA of just 2.85 while averaging 5.86 innings per appearance. In his previous outings, right-hander opponents are hitting 0.234 off the right-hander. This season, Gilbert has been able to avoid giving up home runs, allowing just 0.95 per 9 innings. On the season, Logan Gilbert has had no problem racking up strikeouts, posting a strikeout percentage of 23.0%. This includes a per game average of 5.62 K’s per game. For the season, he has struggled with command averaging 2.34 walks per outing.

Jameson Taillon gets the start for the Yankees, with an overall record of 10-2. To date, Taillon has an ERA of 3.72 while lasting an average of 5.45 innings per appearance. Teams have been able to rack up runs against him, as he has a batting average allowed of 0.255. Opposing hitters are hitting home runs at an above-average rate against Taillon. This year, he is allowing 1.16 HRs per 9 innings pitched. Per game, Jameson Taillon is averaging 4.6, on a strikeout percentage of 20.0%. Taillon has done a good job at limiting walks, averaging just 1.4 per contest.

Today’s matchup between the Seattle Mariners and New York Yankees will be their 2nd meeting of the season. New York holds the edge in the series at 1-0. In this matchup, the scoring differential sits at 5.0 runs. Dating back to last season, the New York picked up 5 wins compared to 2, taking the season series. In these 7 meetings, the two teams combined for an over-under record of 2-5. Last year, the Mariners and Yankees averaged 7.14 runs per game. On average, the winning team won by a margin of 3.14 runs per contest.

Heading into Tuesday’s matchup between Seattle and New York, the Yankees are the favorite to come away with the win. Although the Mariners will be throwing their top pitcher in Logan Gilbert, the Yankees will counter with equally impressive Jameson Taillon. The New York right-hander is coming off a scoreless 6-inning performance vs Kansas City. I like the Yankees on the moneyline.