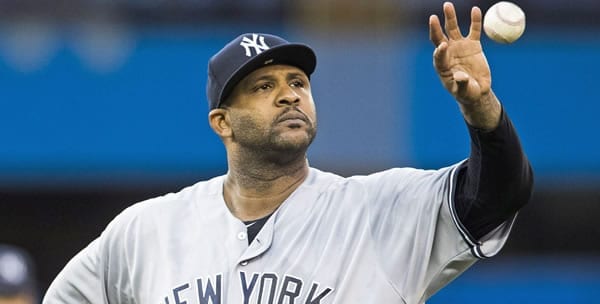 When the Rays are involved, it’s difficult to project what might end up happening, as Tampa Bay’s “opener” strategy gives the Rays almost infinite directions in which they could take the game, regardless of what ends up happening on the field. No matter what happens, the Rays will likely get one to two innings out of their pitcher before handing the game over to the bullpen. From there, it’s anyone’s guess as to what could happen. The Rays’ philosophy means that they never have to worry about a pitcher being put through the lineup a third time and giving the hitter more of a chance to see them at the plate.

At least, that’s the idea. Real-life has occasionally been much different because of the sheer number of meetings between the Rays and their division rivals. Stanek has seen the Yankees three times in his past ten outings, and in each of the previous three meetings, things have gone horribly wrong. In the last contest, the Yankees claimed an 8-4 win over the Rays, with Stanek giving up two homers in the process.

Didn’t we already do this once before? No, you’re not seeing things, Sabathia is again facing a back-to-back against the Rays, doing so for the second time this season. In the first pairing, Sabathia took a pair of no-decisions, with the Rays beating the Yankees 7-2 in Tampa and the Yankees eking out a 4-3 win over Tampa Bay when the teams came to the Bronx. In this set, he again started with a no-decision in St. Petersburg, this time with the Yankees on the wrong end of a 4-3 setback. If that weren’t enough, Sabathia also pitched against the Rays on June 19 in a standalone game, winning 12-1.

In practice, Sabathia is about to have half of his ten most recent games have come against the Rays, marking just how much these teams have seen of each other this season.

Get the best risk versus reward betting with MLB Dimelines

Something’s Got to Give

The best teams are able to win at home and on the road which is true for both the Rays and the Yankees this year. In fact, the Yankees own the second-best home record in the American League, trailing the Astros by mere percentage points in the category, a category they led until the Rays’ win on Monday. Meanwhile, Tampa Bay joined Minnesota as the only AL teams to reach 30 road wins this season. The Rays’ stadium being a cavernous dome seems like it might have helped here, as the Rays are used to playing with no home-field advantage on their side.

While the Rays have won three straight against the Yankees, that’s only cut into a deficit that was already massive between the teams this year. For the season, the Yankees are 9-5 against Tampa Bay, and the Rays own just two wins in the Bronx.

It’s going to be a hot one in the Bronx with the game time temperature forecasted to be in the low 90’s at first pitch. The wind may come into to play with a steady 9 MPH breeze going out to center field.

Between the two of them, the Rays have been playing better head-to-head as of late. But there’s one trend that I can’t shake: the last one on the list. The Yankees have won six of Sabathia’s past seven home starts against Tampa Bay, including twice this year. I can’t ignore that, nor can I ignore the fact that the Tampa opener strategy has looked a little shaky in recent games. I can’t see myself backing the Rays and their uncertainty when Sabathia is sitting there with a proven track record of outdueling whoever the Rays send up to face him when the game is in the Bronx.

Yes, the Rays have won three straight in this matchup, but the history favors Sabathia in this matchup, and he’s too good of a pitcher to ignore that. Give me the Yankees to bounce back here.