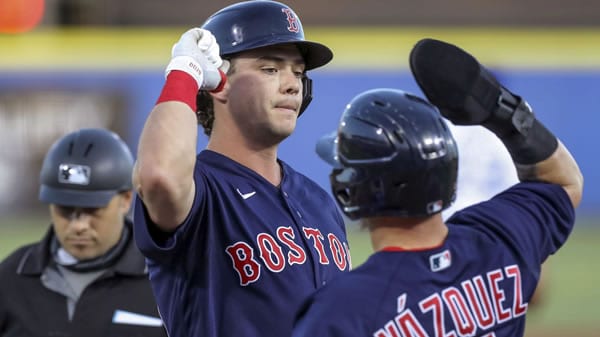 The Boston Red Sox host the Detroit Tigers on Tuesday, June 21st at Fenway Park. The first pitch in this matchup is scheduled for 07:10 ET. The MLB Odds Board places Boston as the favorite (-183), with an OU line set at 9.0.

The Tigers come into this matchup having suffered a 3 run loss to the Red Sox (5-2). On their way to giving up 5 runs, the Tigers staff allowed 9 hits. With their 10 hits, the Tigers could only muster 2 runs. The loss came as Detroit was the betting underdog, getting 164.0 on the moneyline. Combined, the Tigers and Red Sox fell short of the over-under betting line of 9.5 runs. This outcome pushed Detroit’s over-under record further below .500 at 24-41-2.

Over the Tigers’ last 5 contests, they have a record of just 2-3. This mark has come on an average run margin of just -1. Despite their below .500 record, in Detroit’s last 5 games, they are averaging just 4.8. Their season-long average currently sits at 2.87 (30th. Detroit’s overall series record is just 5-14-3.

Boston will look to keep things rolling in today’s game, as they most recently took down Tigers by 3 runs 5-2. In the win, the pitching staff allowed just 2 runs on 10 hits. At the plate, the Red Sox scored 5 times on 9 hits. In the game, Boston was able to take care of business as they were the favorite at -178.0. So far, the team has won 60.0% of the games in which they were favored. Combined, the Red Sox and Tigers’ run total fell below the over-under line of 9.5 runs. This result comes as no surprise, as the team’s over-under record is just 28-35-5.

Beau Brieske gets the start for the Tigers, with an overall record of 1-5. So far, Brieske has put together an ERA of 3.79. In his appearances leading up to today, he has lasted an average of 5.42 innings. Brieske comes into the game with a batting average allowed of 0.236. Home runs have been an issue for Brieske, as he is allowing an average of 1.99 per 9 innings pitched. Up to this point, Brieske has a strikeout percentage of just 16.0% and a per game average of 3.7. Throughout the season, Brieske has avoided walking batters, allowing just 2.8 per contest.

Rich Hill gets the start for the Red Sox, with an overall record of 2-4. Hill gets the start with an ERA of 4.42. On average, he has lasted 4.58 innings per appearance. Teams have been able to rack up runs against him, as he has a batting average allowed of 0.251. Home runs have been an issue for Hill, as he is allowing an average of 1.15 per 9 innings pitched. Overall, he is averaging 3.67 per game, on a K rate of 19.0%. Hill has done a good job at limiting walks, averaging just 2.13 per contest.

For the season, the Detroit Tigers and Boston Red Sox will be playing their 5th game of the season. Boston holds the edge in the series at 3-1. Through 4 games, the series’ over-under record is 1-3, with the average run total sitting at 11.67 runs per game. The averge scoring margin in these meetings is 2.25 runs. Last year, the team’s split the season series at 3-3. In these 6 meetings, the two teams combined for an over-under record of 3-3. Last year, the Tigers and Red Sox averaged 11.67 runs per game. The average scoring differential in this series was 3.33 runs per game.

Heading into Tuesday’s American League matchup between Detroit and Boston, the Red Sox are the heavy favorites on the moneyline. However, despite his 1-5 record, Beau Brieske comes into the game throwing the ball well. The Tigers right-hander has not given up a run in his past 2 starts. I see him continuing his recent success as the Tigers pull off the upset.

Free MLB Pick:Tigers Moneyline. Question: Did you know that you could be wagering on MLB games at cheaper prices? Why overpay for odds when you can pay less at BetAnySports?