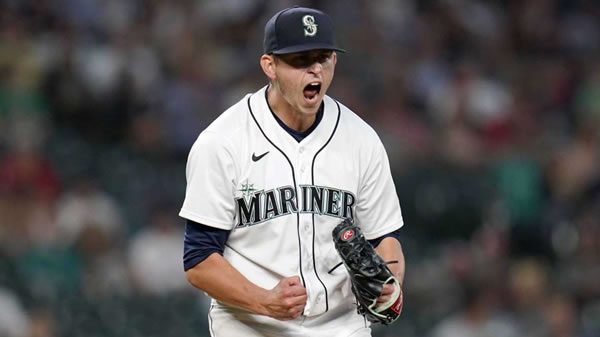 This season was supposed to be the year that Seattle finally got into the postseason after more than two decades away from the playoffs, but the Mariners appear to be well on their way to falling short yet again. And that’s in large part because Seattle hasn’t been able to find anything that resembles consistency to this point in the schedule. The Mariners haven’t had a winning streak longer than two games since April 26, when they had the good fortune to play Kansas City at home and swept the Royals as part of a four-game surge.

Since then, they’ve mostly just been mediocre, never getting too high or too low in the standings outside of one ugly stretch of going 1-10. Other than that, the Mariners have only had one stretch over the past two months where they’ve won more than two straight or lost more than two straight. They go into this game with the pattern in full force, as they have alternated wins and losses each time out since June 5.

Give Me Some Help Here

It’s tough to take a look at Chris Flexen’s numbers and not feel bad for the guy, as he’s pitches fairly well yet sports a 2-7 record in large part because the Mariners aren’t giving him much offense when he takes to the mound. For the year, Flexen has made 11 starts, and in seven of them, Seattle has scored two runs or less, managing just one run in five of those defeats. Things are so bad for Seattle’s hitting that the Mariners actually have a losing record (2-3) in games where Flexen holds his opponents to two runs or less. For the year, Seattle is just 3-8 in games where Flexen has taken the mound, and only two of those games have seen him surrender more than three runs. It’s a pretty simple thing to think about: Seattle just isn’t scoring.

If you take a look at Chris Archer’s numbers, they don’t look that impressive, especially his win totals. And that’s because he’s rarely around to see the fifth inning and get himself eligible for the win. Archer has only gone past the fourth inning in two games this season (his two most recent starts), and the Twins seem to want to keep him from spending too much time on the mound. The strategy has mostly worked, as he’s only given up more than two runs twice in 11 trips to the mound this season.

This was a strategy perfected in Tampa, where Archer pitched before moving to the Twin Cities, and it seems that he’s taken it to heart in Minnesota. As long as he gets the game to the fifth inning with fewer than two runs given up, he’s done his job and turned the thing over to the bullpen with the game in prime position for Minnesota to nail it down. With so few chances against him, the odds are that runs will be at a premium here.More Picks: Get our Reds at Arizona Free pick for 6/13/22 >>>

Temperatures in the Pacific Northwest call for 59 degrees and light rain at the first pitch, which isn’t anyone’s idea of a nice summer night at the ballpark, so look for the Mariners to close the roof.

Seattle has been the height of inconsistency this season, and with Flexen getting a serious lack of run support from his team, I think three runs might be enough to win this game. I expect the under to be the right play in this matchup, and I think the Twins are the more likely lineup to get a few runs on the board.

I’m taking Minnesota. Bet your Twins/Mariners prediction and ALL your sports bets for FREE this week by taking advantage of a 100% real cash bonus on your first deposit up to $500 when you use bonus code PREDICTEM at Betnow Sportsbook!