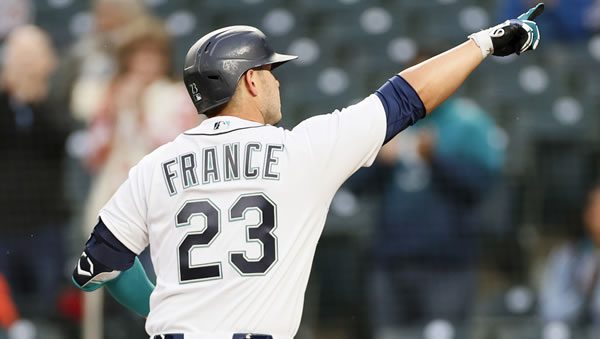 It’s August now, and that means it’s officially time to start thinking about the playoffs in the American League. For the Mariners, a trip to the playoffs would be a massive boost for a struggling franchise, as Seattle hasn’t been in the postseason since 2001, the longest drought in baseball. The Yankees have been in the postseason plenty, but they’re facing a drought of their own at the moment, as they haven’t claimed a World Series title in 12 years and just finished a decade without a title for the first time in franchise history.

These teams come into this series right on each other’s heels for the second wild-card berth, and while the divisions are still technically in play for both teams, it’s going to take a big boost for either side to start postseason play anywhere other than the wild card game. With less than a third of the season to go for both teams, how each team handles the pressure will be a big question moving forward. That’s especially true in the case of Seattle, as none of the Mariners have ever been in a playoff race before and haven’t faced this kind of pressure.

So far, Tyler Anderson hasn’t been any different with his new team than with his old team, giving up a pedestrian three runs in 5.1 innings in his first start with Seattle. Whether that continues is a question because Anderson’s facing a completely new situation in coming to the Pacific Northwest.
Not only is he joining a new team in midseason, but he’s also pitching in an entirely new set of parks. Anderson has spent his entire career in the National League up until last week, which means he hasn’t seen most of these lineups or most of the stadiums where he’ll be pitching. Not only that, but like his team, Anderson hasn’t pitched in a playoff situation at all in any of his previous three stops, which begs the question as to whether he’ll be able to hold up under pressure.

For most of the past few years, the Yankees have only been able to watch enviously as the Rays and Indians victimized them several times by creating and perfecting the opener strategy. The Yankees have tried it multiple times in the past, most notably with Chad Green, but never with much success. But if Nestor Cortes’ recent performances are any indication, the ex-Mariner is the perfect pitcher to change that.
Cortes has started three times for the Yankees in the past month, and all three have gone into the win column for New York. Even better, he only gave up two runs in those three starts and even made it into the fifth inning in one of them, as the Yankees turned the tables on the Rays and won with an opener last week.

Of course, the other part of the equation in an opener strategy — and one of the big reasons why the Yankees previously weren’t able to pull it off — is a reliable bullpen to protect the lead. With a reasonable 3.70 ERA for the year, the Yankees have done a fine job protecting the game in the later innings.

It should be a relatively calm night for baseball in the Bronx, with temperatures at 79 degrees at first pitch and wind blowing in at just four miles per hour.

For whatever reason, Seattle has played very well in series openers as of late. The Mariners have gotten the jump on their opponents in their past three series, and that’s included Houston and Tampa Bay as opponents. The Yankees have been the opposite, dropping nine of their past ten series openers at Yankee Stadium.

It doesn’t make a lot of sense on paper, but the trends say that the value lies with the Mariners here, so that’s the direction I’m going. Bet your Mariners/Yankees pick for FREE by taking advantage of the best bonus on the web! Simply deposit register for an account at Intertops through this link, deposit $25 and then right after you deposit, go to their bonus/promotions page and type in bonus code ROOKIE200 and they’ll give you a free $50 bet!