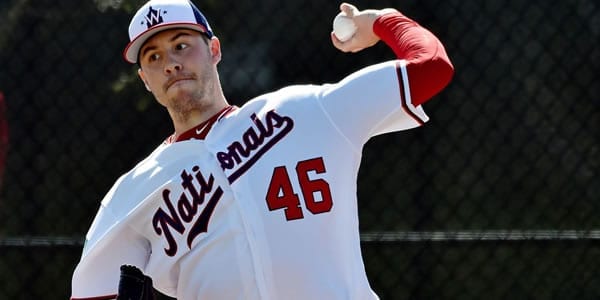 The Nationals are excellent at getting on base and manufacturing runs, and they’re not bad at getting runs in a hurry with power. Washington ranks in the top seven in baseball in runs, batting average and OPS, suggesting that the Nats can hit for average and they can hit for power.

That’s one reason that things haven’t gone terribly well for Keuchel when he’s faced Washington this season. He’s made two starts against the Nationals, and both times, he’s left the loser and conceded four runs in the process. Overall, he’s 0-3 lifetime against the Nats, and he’s not happy about his struggles with the team. However, there’s one big difference: this time, the game will be at SunTrust Park rather than Nationals Park.

Patrick Corbin has pitched so well over the past three months that he’s currently seen as right up there with pocket aces Max Scherzer and Stephen Strasburg when people discuss Washington’s rotation. He’s lost only once since June, a 2-0 loss to the Orioles and that game was because his teammates didn’t give him any run support in a game that saw him strike out nine in seven sharp innings. He should get run support here, and when he does, he usually steps up pretty well to earn a win for his club.

Since June 11, Corbin has rolled off six wins against just that Orioles loss, and he’s pitched pretty solidly in all of his appearances. As usual, the problem is the bullpen, which continues to have issues protecting leads down the stretch. Without that, Corbin would have an even better record than 11-6.

More Picks: Dan’s Army at Michigan Pick Against the Spread>>>

The schedule makers did the Nationals no favors down the stretch. Over the rest of the season, the only team the Nationals will face that has no hope of the postseason is Miami, and they’ll play the Marlins on the road. Otherwise, Washington still has to face both Minnesota and Cleveland in interleague play as well as St. Louis, Philadelphia and Atlanta.

In contrast, all the Braves have to do to win the NL East is hold serve in the division. A 10-11 finish for Atlanta would eliminate everyone but Washington, and the Nats would still have to go 20-3 down the stretch to pull even. Atlanta’s certainly got much less pressure on it at the moment than Washington, which can work either way.

The series has been right down the wire for the past two seasons, both of which resulted in a series season finale of 10 wins vs. vs. nine losses. These two squads have dominated the NL East for the past seven seasons, as six of the recent seven division championships have gone to Washington or Atlanta.

Temperatures might be dropping across much of the country, but that hasn’t held true here, as the first pitch temperature should be around 91 degrees.

The Nationals seem to be walking into a bad situation against an opponent that has beaten them in four of their past five battles, but the Braves have the same weakness the Nationals do, and the Nats have the lineup to step up and get the job done in this series.

Given that Washington tends to really whack left-handed pitching this season, the Nationals should be in good shape against a Braves squad that hits the ball well, but not at the same level as they do. As lost as the Nats don’t make a mistake, they’ve got the edge here. Give me the Nationals.