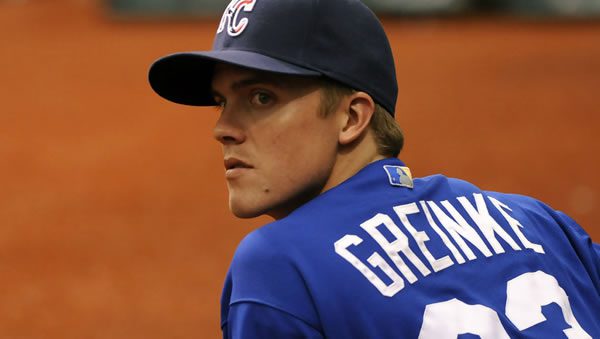 The Kansas City Royals host the Chicago White Sox on Thursday August 11th at Kauffman Stadium. The first pitch in this matchup is scheduled for 02:10 ET. The MLB Odds Board places Chicago as the favorite (-185), with an OU line set at 8.0.

The White Sox will look to bounce back from a tough loss to the Royals by the score of 8-3. On their way to giving up 8 runs, the White Sox staff allowed 15 hits. On offense, the White Sox finished with 3 runs on 7 hits. White Sox suffered the loss, despite being favored at -143.0. Through 73 games as the favorite, the team has found the win column at a rate of 55.0%. With the over-under line set at 8.5 runs, the White Sox and Royals combined to go over this total. On the season, Chicago’s over-under record is 50-54-7.

Over the White Sox’s last 5 contests, they have a record of just 2-3. In this rough stretch of games, the team’s run differential comes in at -8. On offense, Chicago’s offense has experienced a dip in production, averaging 3.2 runs per game over their last 5 contests. So far, Chicago has won over half of their 35 series played, going 14-13-8.

In their last game, the Kansas City Royals picked up a 5 run win over the White Sox by a score of 8-3. For the game, the pitching staff held the White Sox to 3 runs on 7 hits. Offensively, they finished with 8 runs on 15 hits. Despite being the underdogs, getting 125.0 on the moneyline, the Royals still picked up the win. So far, the team has gone into 81 games as the underdog, still finding the win column at a rate of 37.0%. The Royals and White Sox went over the run total line set at 8.5 runs. This outcome moves the team’s over-under record back to .500 at 54-54-4.

Chicago will roll with Dylan Cease (12-4) as their starter. Currently, Cease has an ERA of just 1.98 while pitching an average of 5.55 innings per outing. So far, batters are hitting just 0.198 against him. Home runs have not been an issue for Cease, as he is giving up just 0.66 HR/9. On the season, Dylan Cease has had no problem racking up strikeouts, posting a strikeout percentage of 33.0%. This includes a per game average of 7.55 K’s per game. For the season, he has struggled with command averaging 3.89 walks per outing.

The Kansas City Royals will send Zack Greinke to the mound with an overall record of 3-7. So far, Greinke has put together an ERA of 4.58. In his appearances leading up to today, he has lasted an average of 5.12 innings. Teams have been able to rack up runs against him, as he has a batting average allowed of 0.28. Opposing batters have been able to drive the ball with power against Greinke, averaging 1.17 homers per 9 innings pitched. Overall, he is averaging 2.89 per game, on a K rate of 13.0%. For the season, he has struggled with command averaging 1.95 walks per outing.

Today’s matchup between the Chicago White Sox and Kansas City Royals will be their 15th meeting of the season. Today’s game will be a rubber match for the two teams, as Chicago and Kansas City each have 7 wins. Through 14 games, the series over-under record is 4-8, with the average run total sitting at 7.53 runs per game. In these matchups, the average scoring differential sits at 3.21 runs. Kansas City won last year’s head to head series, grabbing 10 wins to 9. The over-under record in last year’s matchups was 5-14, with the average run total being 7.53 runs per game. On average, the winning team won by a margin of 3.84 runs per contest.

Going into Thursday’s AL Central showdown between Chicago and Kansas City, the White Sox are the favorites to pick up the win. Chicago has now won 5 straight games in which Dylan Cease is on the mound. 4 of these contests included winning by multiple runs, as Cease has given up a total of just 2 runs in this stretch. I like Chicago to cover the runline.

Going into Thursday’s AL Central showdown between Chicago and Kansas City, the White Sox are the favorites to pick up the win. Chicago has now won 5 straight games in which Dylan Cease is on the mound. 4 of these contests included winning by multiple runs, as Cease has given up a total of just 2 runs in this stretch. I like Chicago to cover the runline.