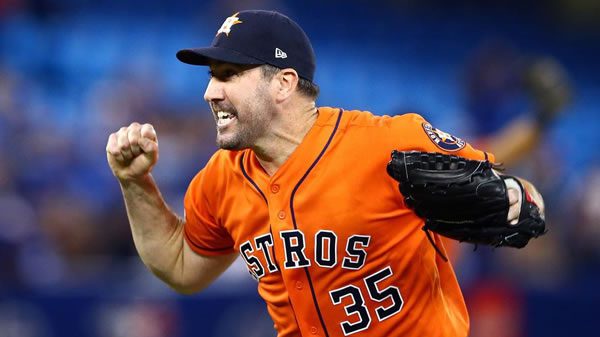 The Houston Astros host the New York Yankees on Wednesday October 19th at Minute Maid Park. The first pitch in this matchup is scheduled for 07:37 ET. The MLB Odds Board places Houston as the favorite (-195), with an OU line set at 7.0.

The New York Yankees are coming off a 4 run win over Cleveland by a score of 5-1. On their way to the victory, the pitching staff gave up 1 run on 6 hits. The Yankees lineup had a good night at the plate, coming up with 6 hits, leading to 5 runs. In the matchup, New York was favored at -175.0 on the moneyline. So far, the team has been the favorite in 153 of their games, winning at a rate of 63.0%. Together, the Yankees and Cleveland stayed below the over-under line set at 7.0 runs. With this result, New York’s over-under record dropped even further, moving to just 78-84-5.

The Yankees come into this game with a 3-2 record over their last 5 contests. Over this stretch, the team has a positive run differential at +6. New York has put together this record, despite averaging just 4.0 runs per game, compared to their season average of 4.95. So far, New York has won over half of their 54 series played, going 31-16-7.

In their last game, the Astros picked up a close win over the Mariners by a score of 1-0. In the win, the pitching staff allowed just 0 runs on 7 hits. The Astros offense ended the game with just 1 run on 11 hits. Heading into action, Houston was the favorite at -120.0. So far, the team has won 69.0% of the games in which they were favored. With this result, the Astros and Mariners combined to fall below the over-under line of 7.0 runs. This result comes as no surprise, as the team’s over-under record is just 61-95-9.

The Astros come into the matchup looking to stay hot, going 5-0 over their last five contests. During this time, the team’s run differential sits at +15. Houston has benefited from strong pitching, as their offense has slipped in their last 5 games, averaging just 5.2 runs per game. Their overall average sits at 4.55. On the season, Houston has won more than half of their series, going 35-13-6.

The New York Yankees will send Jameson Taillon to the mound with an overall record of 14-5. So far, Taillon has put together an ERA of 3.91. In his appearances leading up to today, he has lasted an average of 5.53 innings. So far, Taillon has a batting average allowed of .244. Opponents are hitting for power against Taillon, as his HR/9 figure sits at 1.32. In terms of strikeouts, Jameson Taillon has a strong strikeout percentage of 21.0%, including a per game average of 4.72. Command has been a problem for Taillon, as he is giving up 1.62 walks per outing.

The Houston Astros will send Justin Verlander to the mound with an overall record of 18-4. Through 28 appearances, Verlander has an ERA of just 1.75 while averaging 6.25 innings per appearance. Hits have been hard to come by against the right-hander, as his batting average allowed is just .186. In addition, to his strong BA allowed, he has been able to limit power, allowing just 0.62 home runs allowed per 9 innings. On the season, Justin Verlander has had no problem racking up strikeouts, posting a strikeout percentage of 28%. This has led to an average of 6.61 K’s per game. Verlander comes into the game hoping to improve his walk numbers, as he is averaging 1.49 free passes per outing.

For the season, the New York Yankees and Houston Astros will be playing their 8th game of the season. Currently, Houston is winning the season series 5-2. Through 7 games, the series’ over-under record is 2-4, with the average run total sitting at 8.33 runs per game. The averge scoring margin in these meetings is 1.86 runs..

Heading into game 1 of this ALCS matchup between New York and Houston, the Astros are the favorite to pick up the win. With Justin Verlander on the mound, I see Houston taking care of business, taking the 1-0 lead. Look for the New York bats to struggle against the veteran right-hander. I like the Astros on the moneyline.