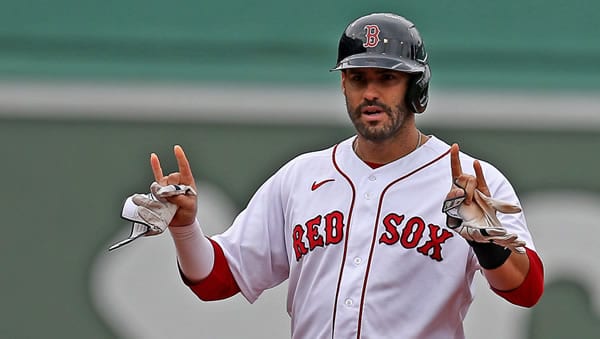 The New York Yankees will look to pick up another big win after they defeated the Red Sox by a score of 12-5. The Red Sox came up with 13 hits leading to 5 runs against New York’s pitchers. The Yankees lineup had a good night at the plate, coming up with 14 hits, leading to 12 runs. In the matchup, New York was favored at -145.0 on the moneyline. So far, the team has been the favorite in 79 of their games, winning at a rate of 72.0%. Together, the Yankees and Red Sox combined to surpass the over-under betting line set at 9.5 runs. Even with this game going over the total, New York still has an over-under record of just 38-44-2.

The Yankees are looking to continue adding wins, as they are 3-2 over their last 5 games. Over this stretch, the team has a positive run differential at +19. Their hot play has been driven by an offense that typically averages 5.23 runs per game. But over this stretch, this figure has bumped up to 7.2. So far, New York has won over half of their 28 series played, going 21-3-4.

Boston will be looking to move on from a tough loss to the Yankees by the score of 12-5. On their way to giving up 12 runs, the Red Sox staff allowed 14 hits. At the plate, the Red Sox scored 5 times on 13 hits. Leading into Boston’s loss they were the underdogs, getting 122.0 on the moneyline. In their 32 games as the underdog, their straight-up win percentage sits at 44.0%. In terms of the over-under, the Red Sox and Yankees combined to surpass the line of 9.5 runs. On the season, the team has an over-under record of just 35-42-7.

The Red Sox come into today’s game looking to turn things around, as they are just 1-4 over their last 5 games. During this time, the team has a run differential of -14. In their 5 most recent contests, the team is scoring at a rate of 3.8, similar to their season-long average of 4.68. Boston has a below .500 series record of just 12-12-3.

New York will roll with Jordan Montgomery (3-2) as their starter. Currently, Montgomery has an ERA of just 3.19 while pitching an average of 5.63 innings per outing. Hits have been hard to come by against the left-hander, as his batting average allowed is just 0.226. Montgomery is giving up home runs at a rate similar to the league average, allowing 1.0 per 9 innings. In terms of strikeouts, Jordan Montgomery has a strong strikeout percentage of 20.0%, including a per-game average of 4.5. Leading into the game, he has shown a strong command of his pitches, averaging just 1.69 walks per contest.

In today’s game, Boston turns to starter Kutter Crawford. For the year, he has a record of 2-2. To date, Crawford has an ERA of 5.04 while lasting an average of 2.27 innings per appearance. Crawford’s opponent batting average currently sits at 0.24. Opposing batters have been able to drive the ball with power against Crawford, averaging 1.44 homers per 9 innings pitched. In terms of strikeouts, Crawford is averaging just 2.91 K’s per game. So far, he has struck out 28.0% of the batters he has faced. Throughout the season, Crawford has avoided walking batters, allowing just 4.68 per contest.

Today’s matchup between the New York Yankees and Boston Red Sox will be their 6th meeting of the season. So far, New York is leading the season series, 4-1. The over-under record in this series sits at 3-2. The average run total in these games is 7.85 runs per game. The averge scoring margin in these meetings is 2.4 runs. Dating back to last season, Boston picked up 11 wins compared to 9, taking the season series. In these 20 meetings, the two teams combined for an over-under record of 6-13. Last year, the Yankees and Red Sox averaged 7.85 runs per game. On average, the winning team won by a margin of 3.05 runs per contest.

Heading into Saturday’s AL East showdown between New York and Boston, the Yankees are the favorite to come out on top. Boston starter Kutter Crawford will be tasked with cooling down a New York offense that just put up 12 runs. Look for a lot of runs to be scored between the two teams. I recommend taking the over at 9.5 runs.

Free MLB Pick: Over 9.5 Runs. Bet your Yankees vs. Red sox predition and ALL your baseball wagers for FREE this week by taking advantage of a 100% REAL CASH bonus on your first deposit of $100 to $300 when you use bonus code PREDICT100 at MyBookie Sportsbook!