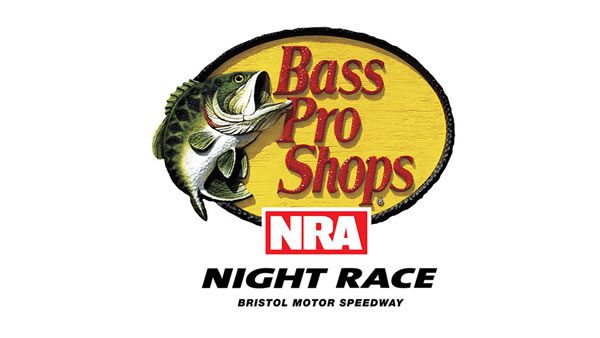 Kansas turned out to be a not-so-great race for much of the playoff field. Another non-playoff driver took the win, eliminating an automatic spot for a Chase driver to move on to the next segment. Bubba Wallace earned his second career victory after beating his boss, Denny Hamlin, to take the checkers after a rather uneventful race that saw a lot of misfortune. For Wallace, it was a thrilling victory for a driver that many have counted out as being no more than a winner on technical circumstances. He won Talladega last year during the playoffs as well, again when he was not part of the playoff field. This year, though, he ran a smart race, avoided penalties, and drove the same car that Kurt Busch used in the spring race to win here. That sure didn’t hurt his chances. That being said, Wallace will have a little more work to do to silence his “haters,” as he called them after the race. While a victory is certainly something to be proud of, Wallace has had a rough start to his career, which has seemingly remained halted at about a 20th place average. While this is definitely a step in the right direction, Wallace still has some work ahead of him if wishes to garner a wide audience of respect.

Speaking of respect, we have Kyle Busch. He’s another driver with a divisive personality. The big news this week is his announcement that he is signing with Richard Childress Racing for the 2023 season. He will be taking over the #8 car that Tyler Reddick currently drivers while Reddick moves to a third charter for the team in his last season with RCR. It will be an interesting switch for sure for a driver who’s had a very successful career in his Toyota with JGR. With a new team, new owner, and new manufacturer, what his future holds remains to be seen. As it stands, it probably can’t be much rougher than his weekend at Kansas, where he had a tire penalty on pit road and then eventually spun out in the grass, effectively ending any shot at a good finish that he possibly had. Next year will definitely be something to keep our eyes on with all of those changes for Busch. Although he had his fair share of troubles, he definitely wasn’t the only driver. Kevin Harvick also had a very notably rough weekend, matching his last two races. This is actually the first time in Harvick’s Cup career that he managed 3 DNFs in a row. He chalked it up to racing hard and racing for the win after Ross Chastain took the air off Harvick’s nose, causing him to spin on lap 25. For Harvick, this is nothing more than another page from the chapter of 2022 that’s been nothing but disappointing for that entire team compared to years past. It will be interesting to see if they can put anything together for the race this weekend as the team regroups and tries their hand at another win.

The drivers and teams return to Bristol this weekend for a short-track battle that will surely shake things up. We’ve been here once this year, back in April, and are giving things another shot as the teams readjust for the last race in the round of 16. This means that the playoff drivers only have one more shot at getting into the next segment on a win. With so much on the line, it’s safe to say that this 0.533 concrete oval will definitely put on a show this weekend. The turns are banked at 26 to 30 degrees, with the straights having just 6 to 10 degrees of banking. Bristol allows the drivers to carry a little more speed than, say, Martinsville or Richmond because of the banking, but it still can be tough to navigate through the traffic that inevitably builds up. Lap cars consistently play a role on these smaller tracks, making it tougher for the leaders to drive ahead and put a substantial lead on the field, as we saw with Bubba Wallace this past weekend at Kansas. Clearly, track position will play a key role in the outcome of this race. Pit position is also important at Bristol. Although not as tight as some other short tracks, getting pit choice is significant in ensuring a clean on and off from the pits. When it comes to tires at Bristol, that can always be a concern, but we typically have enough caution laps that we don’t see too many issues when all is said and done in the more recent races.

When it comes to picking a potential winner, well, who won earlier this year? That would be none other than Kyle Busch. With everything going on for him right now, I have no idea what to even say here. He’s had a rough go of it throughout the whole season. He’s had ups and downs but definitely more downs. His win at Bristol was definitely one of the highlights of 2022. Can he do it again? Honestly, even though I did pick him last weekend, I’m throwing him out there again. If anyone can pull a “Hail Mary” type win to move on to the next segment, it’s this guy. With everything for the championship on the line, you better believe that Busch’s mentality is going to be win it or nothing. In his last ten races here, he’s managed 8 top 5 finishes with four wins. I mean, does it get much better than that? The guy is awesome at this track, and this is make it or break-it time. Busch is going to have his work cut out for him, with guys like Kevin Harvick, Briscoe, and Dillon being below the cutoff line along with Busch. At this point, it’s no holds bar, and everyone will be going for that win. There’s not a much better place to get it done than a short track. Let’s take a look at your potential winners heading into Bristol:

Stenhouse is always a crapshoot choice, if I’m being honest. The thing about him is that when he’s good somewhere, he’s good. But if he’s not good, he tends to be pretty bad. Knowing that his history on the short tracks this year hasn’t been terrible. At Dover this year, he finished second. Let’s see if he can manage to swing another strong finish here at Bristol. Martin Truex Jr. is a good short track racer, but he hasn’t had the best luck at Bristol. It’s so ironic because he had a period where he essentially dominated tracks like Richmond and Dover. Bristol has eluded him, though. With the way that the winners are going through the segment so far, it wouldn’t surprise me to see another non-playoff driver take the win. If anyone outside of the playoffs can do it, it’s probably Truex. He will have his hands full trying to chase down Kyle Busch, who has one of the best driver ratings at this track. Although the race this year was a dirt track, all of the variables that make Busch one of the best are coming to fruition. He has to win. Just that little fact is enough to put him on high alert and bring out everything that makes him great. He’s going to have to avoid pit road mistakes and keep his car clean. Here are your current top 16 drivers after Kansas as we head into the last race in this segment:

As you can see, there’s been substantial changes in the points without the comfort of having a win. Kyle Busch is only 2 points below the cutoff line, with Austin Cindric hanging on by the skin of his teeth. Tyler Reddick is also only 2 points above the line, with Austin Dillon sitting 3 points below. Kevin Harvick is essentially out of the game unless the entire field burns up. His sits 35 points below the cutoff. That’s going to be nearly impossible to figure out. With Busch only being 2 points below the line, I suppose my assumption of him having to win is a bit off base. But in Kyle’s eyes, winning is often the only option. I believe we are going to see quite a race on Saturday night. Stay tuned for a great night of short track racing under the lights at Bristol Motor Speedway!