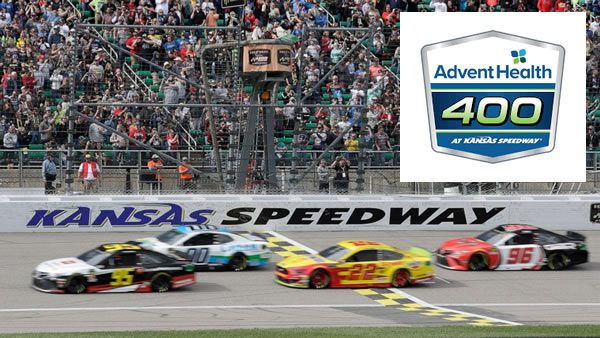 In case anyone was wondering if Joey Logano had any enemies, he made a new one this weekend. It was so ironic because I was having a conversation before the race started about how I didn’t want to like Logano, but he’s a pretty likable person during interviews. His pre-race interview was entertaining, and he is always just smiling. I retract my previous notion of liking him after the stunt he pulled at the end of the race, though. If you watch the replays, Logano very blatantly drove directly into William Byron, who was poised to win the race after a strong run. While Logano had a run and could’ve easily passed Byron, he chose to hit him instead. He justified it with some nonsense about Byron doing it to him before. I’m not exactly sure that Logano was in the same race when he made that comment, but he literally wrecked Byron. There’s no other way to even look at that or interpret the move. The announcers couldn’t even hide it. Bowyer was trying really hard to say Byron got loose and caused Logano to collect him. Wrong. There was plenty of track to get around Byron without incident if he was loose. Logano simply chose to drive dirty, and for that, I am not a fan whatsoever. I don’t have much respect for drivers who are bad sports outside of the car and for ones who can’t drive a clean race. Rubbing is racing. That is 100% true. Ramming into the back of a car and forcefully moving it is lack of skill when all is said and done. Being that Logano has proven time and time again that he is, in fact, a skilled drive, I’m pretty saddened to see that was the choice he made.

Because of that situation, Byron went from having the win to a disappointing 13th finish when all was said and done. Logano captured the checkered flag ahead of Tyler Reddick, Justin Haley, Kevin Harvick, and Chase Elliott, who rounded out your top 5 spots. Justin Haley had a great race. That kid showed that he truly is a wheelman and can race with the best of the best. It wasn’t a finish of luck but rather a finish of skill. Kevin Harvick also had one of his best finishes of the year so far in a season that’s been far from stellar. Darlington wasn’t as kind to many of the other drivers. In the closing laps, there were many drivers also collected when Martin Truex Jr. got loose, causing Kurt Busch, Bubba Wallace, and Cole Custer to all hit the inside wall. Also involved in the wreck were Ryan Blaney, Denny Hamlin, Chase Briscoe, and Erik Jones. They all suffered heavy damage. That was quite an unfortunate situation for Erik Jones after coming off a few strong weekends. That team needed to keep that momentum going. Unfortunately, it just wasn’t in the cards. The remainder of the top 10 was also somewhat surprising. Christopher Bell, Michael McDowell, Ricky Stenhouse Jr., Austin Dillon, and Daniel Suarez were the remainder at the top of the field. For Michael McDowell, it was a refreshing top 10 finish for a team that has also struggled for much of the season. Darlington wasn’t as friendly to the veterans this year. In fact, it looks like many of the best finishers were the young guns since the veterans were busy wrecking themselves out. Logano got lucky. And by lucky, I mean he essentially wrecked a younger driver to get the win.

Being who he is and the team that he races for, I have a hard time believing that Byron will retaliate in any sense of the word. HMS doesn’t look kindly on drivers that don’t manage their anger well. Byron will have the remainder of this week to cool off before everyone heads to Kansas for the race this Sunday. Whether the contention remains on the track will remain to be seen, but nevertheless, this will be an opportunity for Byron to work towards another win. If he can keep that mentality and keep Logano out of his headspace, he should manage another strong run this weekend. Kansas is a 1.5-mile asphalt tri-oval. It has 17-20 degrees of progressive banking in the turns and 9-11 degrees of progressive banking on the front stretch. The backstretch sits at just 5 degrees. As with most of the intermediate tracks, what we see as one of the biggest challenges at Kansas is the tire situation. With the surface being somewhat new still, it’s definitely not as abrasive as some of the other intermediate tracks, most notable Atlanta. That said, Goodyear adjusted its compound last year to accommodate this change. The compound favored a steadier right side tire to avoid the cars getting loose as they had in previous years. The big change will come this season as the tires are 100% different, without inner liners and all of the normal compound setups we’ve seen. With the host of tire and wheel issues across the board from this new setup with the next-gen car, Kansas will definitely have a story to tell into the effectiveness of both Goodyear’s setup and NASCAR’s ideology on these tire/wheel combinations.

When it comes to picking a winner, our go-to thought is always Kyle Larson. That’s an easy one to pick with his huge successes on most intermediate tracks; however, this hasn’t been his best intermediate track. He doesn’t have a win here yet. I don’t think we need to count him out, though. I’ve been looking at the stats and seeing people say, “Well, he’s only got three top 5 finishes and 5 top 10 finishes”. Um, y’all, that’s not bad. He’s also got a runner-up finish here and led the most laps at last year’s spring race. I think if we’re talking stats relative to what we’re used to seeing from Kyle Larson, then sure. It’s not his best track. But overall, compared to the rest of the field, you can’t count him out of a win here.
The fact of the matter is that despite being a fantastic driver, 2022 hasn’t been wildly successful for Larson as it was last year. That doesn’t mean he’s doing poorly, but he’s definitely not had the best of luck. Darlington was actually his fourth DNF of this season. It was an unfortunate engine failure that seemed to occur after leading 30 laps but spinning on lap 54 in turn 4. Although it can’t be confirmed, his tires spun backward, which can often lead to engine failure. Hopefully, Larson can have better success this weekend. Let’s take a look at your potential winners heading into Kansas with odds provided by BetOnline:

Chris Beuscher is a little bit of an underdog. By that, I don’t think that he’s getting the recognition that he necessarily deserves. If you take a look at his season so far this year, he sits between Joey Logano and Ross Chastain in terms of overall finishes. It doesn’t get a whole lot better than that for a guy that most don’t think twice about. Not only that, but his average finish at Kansas in 2021 was a 10.0. Although he had a rough time at Darlington, he’s likely going to come into this weekend with a better shot if he can avoid the wrecks. Last year, Tyler Reddick had an impressive run on the intermediate tracks. Although his Fall races here haven’t been the best, his Spring 2021 finish was a top 10. After coming off a runner-up finish at Darlington, he’s got the momentum to really carry on this Sunday. Reddick is a force to be reckoned with. He had a bit of a lull there for a few weeks, but he seems to be getting back to where we saw him when the season opened. Kyle Larson is going to be hard to beat. I think that he’s going to be a little more aggressive this weekend with such a rough weekend at Darlington. If the car they give him can stay on the track, Larson can never be left behind. He’ll have his work cut out for him with the likes of Kyle Busch and Denny Hamlin. In fact, the entire Gibbs stable has a good opportunity to be a force this weekend, and many of them need to get as many points as possible moving along into the season. Let’s see where they all sit in the points coming out of Darlington:

Almirola is bouncing back and forth in and out of the top 16. He’s going to have to really have some solid finishes to make sure that he’s set for the playoffs when they come around. Tyler Reddick, Erik Jones, and Daniel Suarez are hot on his tail. Those guys are having some good runs as of late, so I’d anticipate seeing them continue that streak so they can push their way into the top of the grid. HMS and Gibbs are both having a strong season, although HMS has been pretty dominating through the weeks. I see this being another one of those weekends (so long as Logano minds his manners). It’s still a little early for the true aggressive driving to start. We’re getting into the meat and potatoes of the season, though. Every stage point makes a difference. Every win is critical. But running smart and consistent races will also pay off. Let’s see if the drivers can manage a little less carnage than what we saw at Darlington. Stay tuned for a great weekend of racing as the teams head to Kansas Speedway!

Did you know… You can bet on NASCAR races live-in-progress? YES! Find this beautiful opportunity at Bovada Sportsbook, where they’ll also give you a 50% sign-up bonus up to $250 in free bets!