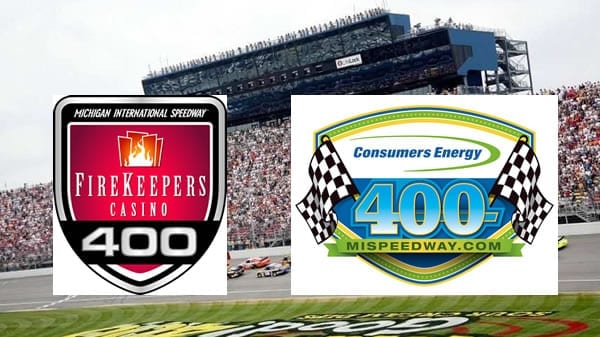 Want to talk about dominating? Brad Keselowski led a total of 184 laps out of 301 to beat out Denny Hamlin for the win by 1.647 seconds. That was a heck of a lead. He raced Denny Hamlin for much of the day, with those two drivers making up 18 of the 23 lead changes throughout the race. It was a relatively lackluster race other than their battle. The last 81 laps went off without a hitch. Following Keselowski and Hamlin were Martin Truex Jr., Joey Logano, and Kevin Harvick to round out the top 5. Matt DiBenedetto, Aric Almirola, Cole Custer, Chase Elliott, and Tyler Reddick finished out the top 10. Can we talk about these rookies for a minute?? Cole Custer, in the top 10 once again as well as Tyler Reddick, is no easy feat. These guys are becoming consistent, and that’s exactly what a skilled driver is able to do. They are building on their skill sets and getting better each and every week. Although not a rookie, Aric Almirola is having perhaps his best-ever season in the Cup series. With this weekend’s top 10 finish, Almirola now has nine consecutive top-ten finishes. Something is definitely clicking with that team.

I’m looking forward to continuing to watch their growth. It’s been a really cool thing to watch over the last several seasons. I always said that he doesn’t get the recognition that he deserves.

The most interesting part of the day, you ask? Well, that was Kyle Busch wrecking on lap 15. He had a tire go down and slammed into the wall in a pretty epic fashion. He was fine, but he was a little feisty, which is par for the course when things don’t go his way. He used a few expletives upon his exit from the car and hastily went home. The funny thing is he wanted to blame Goodyear some kind of bad for his tire going down. I guess he forgot the part where he brushed the wall a few laps prior to his tire going down? That may have caused a rub or some other issue that impacted tire wear. I’m by no means an expert, but I think that Busch directed his anger at the wrong source. It was pretty much his own doing, and he definitely did not own it.

This weekend the drivers are leaving the short track of NH in the dust and heading to Michigan for yet another doubleheader. What a change that is going to be! Michigan is one of the bigger tracks on the circuit. It is a 2-mile D-shaped oval with 18 degrees of banking through the turns, 12 degrees through the start/finish, and 5 degrees on the backstretch. When it comes to strategy at Michigan, it’s all about track position. Unfortunately for the drivers and teams, there will be no qualifying and no practice. With random draws, someone might just get lucky. Being upfront from the beginning is very important here. It’s not very often that we see drivers move through the field to win this particular race. With that, Kyle Busch is going to have to find some common ground with Goodyear this weekend because tires are going to be important as well. With long green flag runs, we’re going to see a multitude of different strategies play out throughout the race. Two tires or four tires? I dare say we might even see a few gas and go stops depending on how the race is running. Typically, there are long stretches of green flag racing, so we should definitely see a lot of 4 tire stops in the middle of the race. If the green flag keeps waving, fuel strategy will become important in the closing laps.

When it comes to winners here, I’m going to stick with the Penske guys. Now, while Brad is looking for his first win at what he considers his home track, I am going to take Logano to best him. Logano has three wins at Michigan and is overall a dominating driver at this track. With speed being an important factor here, the Penske garage has shown that they have what it takes this season to get to the front of the pack and drive away. They will have some competition likely from Kevin Harvick, who has won 2 of his last four races here. As I mentioned earlier with the rookie drivers, consistency is key, and Harvick and his team are showing that they absolutely have that down. Let’s take a look at the potential winners heading into Michigan:

Historically, DiBenedetto does not do well at Michigan. But think about that for a minute. Honestly, DiBenedetto hasn’t historically done well anywhere until this year pretty much. He’s on a learning curve and is catching on pretty quickly. With the success we’ve seen from this driver and this team so far in 2020, he’s someone you should keep your eyes on. He might surprise us this weekend. Chase Elliott is another driver to watch. He’s been quietly pushing through the season with little fanfare, but this is a track that he’s produced good results on. With a second-place finish in his first three races here, he’s proven that he knows how to get around this place. With only eight starts total, Elliott has shown a lot of speed and excellent finishes. I believe he will build on that this weekend, even contending for a win when it’s all said and done. Logano is going to be tough to beat, though. He’s a driver looking to find a little consistency as well. He hasn’t had a bad year by any means, but he’s had some unfortunate finishes generally not of his own doing. He’s been bumped around a little in the points, so a win would definitely build up some morale and give the team a boost of confidence heading into the closing races before playoffs. Let’s take a look at where everyone currently sits before we head into Michigan:

Erik Jones fell out of the top 16 once again this weekend with a disappointing run. He’s looking to fare better at Michigan to give him the valuable points he needs to gain a playoff spot. Austin Dillon is somehow clinging to that 16th spot right now, but I’m not so sure he will stay there. Tyler Reddick seems like he should be further up in the points, but he’s been having either solid days or crappy days. That sits him right about 15th. He’s developing more consistency, but until he does, he needs to walk the line cautiously before he drops out of contention. Michigan is sure to be a challenge for these guys, but it will be interesting to see where the chips fall. Stay tuned for an entire weekend of racing at MIS!