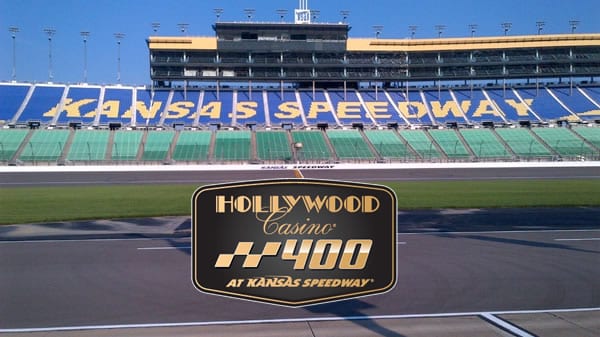 And the dark horse takes the win in the season opener of the playoffs for Cup championship begins! Erik Jones managed to hold off Denny Hamlin to not only be the first winner of the playoff races but also the first non-playoff driver to win the first race of the playoffs in the Cup Series history under this format. It always adds another layer of intensity when we see these guys who aren’t competing for a championship become an integral piece of the puzzle in the ones still remaining looking for that title. What Jones’ win means is that there are only 2 more races in this segment for the playoff drivers to grab a win to guarantee their way into the round of 12. Right now, Jones taking a victory makes it a bit more interesting in the playoff field because that means that points are going to be so instrumental in moving onto the next segment. Generally, these drivers always relied on that guarantee by obtaining a win in at least one of those three races in each segment, but with a non-playoff driver taking the win, well, it gets even more interesting. For Jones, this was a monumental win. After signing a contract extension with Richard Petty Motorsports, its even more iconic that he takes this win exactly 55 years to the day that Petty drove the #43 to victory lane at Darlington. What a great feeling that must’ve been for him and that entire organization!

For the rest of the field, it was a different story. There were a lot of hardships this weekend amongst the playoff group. Kyle Busch was in contention to win until his motor blew up late in the race, leaving Denny Hamlin with an opportunity to take the lead from Jones, but he just couldn’t capitalize. Kevin Harvick is another guy who had a pretty miserable day. His car caught fire. Yep…you heard that right. He was okay, but there are a lot of drivers (and even team owners) that have quite a bit to say about this new gen car that maybe NASCAR would rather keep under wraps. That being said, the cars aren’t necessarily loved by the entirety of the driving field if we’re being kind. There are also some major mechanical flaws that have made themselves known as the season has progressed. I’m not sure if the new gen car is to blame for the engine failures, but Kyle Larson also had issues, causing him to go three laps down in just the first stage. He managed to make a notable comeback to 12th, but if that didn’t just compound the complexity of these playoffs for him, I don’t know what will.

This weekend, the drivers and teams are heading to Kansas for the second time this year. The drivers last raced here back in May, which saw Kurt Busch take the win. Unfortunately, that will not be the case this time around as he is not driving his own car right now. We’ll for sure see a different winner this go around. Kansas is a pretty fun track, but the next gen car leaves a bit to be desired. Maybe the playoff atmosphere will change things up some. That remains to be seen. This track is a 1.5-mile asphalt tri-oval. It has 17 to 20 degrees of progressive banking through the turns, with 9 to 11 degrees on the frontstretch, and just 5 degrees on the backstretch. Kansas is notoriously difficult on tires, with Goodyear struggling for years to develop a decent compound to run here. Now that we have the next gen cars, Goodyear has been testing and still has some work to do. Outside of tire wear, track position is going to be critical. The guys that can get to the front of the pack will stay at the front of the pack. That clean air here is the most important factor in winning this race. Pit stall selection can be a major advantage, so watch those qualifying runs to see where they start and where their pit boxes are.

When it comes to picking a winner at Kansas, as I mentioned before, we obviously can’t rely on Kurt Busch for a repeat. If we takes a peek back at the odds-on favorites for the May race, Larson held the lead at 9-2, followed by Chase Elliott at 7-1. Kyle Busch and Denny Hamlin both sat comfortably at 8-1 odds. Now, let’s see how that matched their results.Larson took home second with Kyle Busch and Denny Hamlin finishing 3rd and 4th. It was a Toyota and Chevy show in the top 10 in May with the best finishing Ford being Austin Cindric in 11th place. If we consider the results from the May race along with the history of these drivers, we’d be hard pressed to rule out any of the aforementioned guys. But do we actually rely on them based on their struggles this past weekend? Can we hold motor issues against a team from one race to another? I don’t have a good answer to that, especially when it involves 2 entirely different teams and organizations and manufacturers. Knowing that, I’m confident that these teams are going to bring strong cars to the track this weekend and hopefully not fall into the pitfalls of last week’s bad luck. Let’s take a look at your potential winners this weekend heading into Kansas:

Hear me out. Almirola had a rough race in May, but he’s finished top 10 here on more than one occasion. He’s pulled some things out of his hat this year, and this might be an opportunity by not having playoff pressure like many of the others in the field to truly put something together. Let’s see what that team can come up with. Yes. I put Truex in the B list of drivers. Why? He didn’t get into the playoffs this year. That team has seen better days for sure. They’re looking for a little redemption for the 2022 season and Kansas is a good shot for him to just that. He had a 6th place finish back in May, which is one of his better ones this year. With a strong overall average finish of all active drivers floating between 7th and 8th, Truex might be able to pull off what this team has needed all year this Sunday. He’ll need to push Kyle Busch out of the way to do it, though. Busch is hungry, very hungry, after blowing his motor last weekend. He also has a very strong average finish compared to the majority of active drivers. Rated at just over 8th for an average finish, Busch is someone to watch. While his brother is still recuperating from a concussion, Kyle will have to hold down the family fort and show everyone that he still has what it takes to get some wins. That team has also seen their fair share of adversity this season. He’s managed to stay above the cut line…for now. Let’s see where everyone is sitting after the race at Darlington this past weekend.

As it stands, Cindric, Dillon, Briscoe, and Harvick are in a sticky spot. Those guys need wins. There’s only 13 points separating Harvick from Suarez, but who knows what’s going to happen between now and the end of this segment. All I know is that if these non-playoff drivers continue winning, that definitely will change the strategy of many of these other teams. With the assumption that wins are going to happen, some drivers don’t necessarily play as cautiously as they should with their points. They may need to rethink that strategy. Let’s see if those strategies do, in fact, change or if they all remain on the same get a win train. Stay tuned for a great afternoon of playoff racing this weekend at Kansas Speedway! Bet your NASCAR races for free this month by taking advantage of a 100% real cash bonus up to $300 when you use bonus code PREDICTEM at MyBookie Sportsbook!