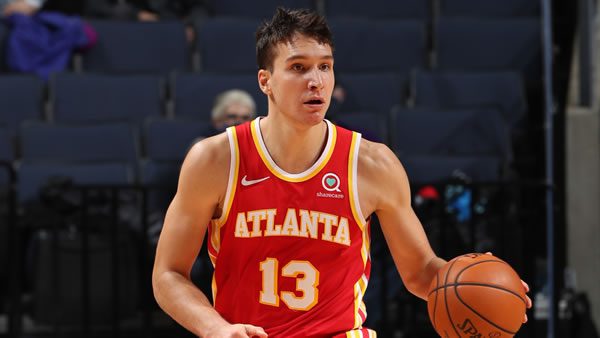 (Need more outs? Get the best bonus >>> Mutiple outlets to double your bankroll!)

Today, the New Orleans Pelicans square off vs. the Atlanta Hawks at 07:30 PM (ET). So far, the Pelicans have a record of just 1-3 and an average plus-minus rating of -8.5 points.

In their last game, New Orleans defeated the Minnesota Timberwolves 107-98 to pick up their first win of the year. Brandon Ingram led the team with 27 points and nine rebounds. Ingram had a great shooting night from downtown, making 4/7 three-point attempts.

Jonas Valancuinas and Devonte’ Graham each played 39 minutes, contributing 22 and 21 points, respectively. Graham had the +- rating on the team, with the Pelicans outscoring the Wolves by 23 points while he was on the court.

The Atlanta Hawks enter this contest with a 2-1 record. Their last game came on Monday night in a 122-104 victory over Detroit. Trae Young was the team’s leading scorer with 32 points. Young was also Atlanta’s top distributor, finishing with nine assists. Forward John Collins added 22 points and seven rebounds.

In the game, the Hawks started fast, winning the first quarter 28-18. Atlanta also had a significant advantage in bench scoring, paced by 16 points for Gorgui Dieng

Even though the New Orleans Pelicans prefer to play an up-tempo pace, the Atlanta Hawks tend to limit the speed of such teams. On average, these games fall four possessions short of their expected number. This usually works out well for the Hawks as they defeat fast-paced teams 69% of the time.

When the New Orleans Pelicans face off with a team looking to slow the game down, they end up being heavily influenced by their opponent. On average, they win just 37% of these contests, with a lower than expected pace.

The Atlanta Hawks are one of the league’s most efficient offensive teams. Atlanta’s efficiency will be a problem for a Pelicans defense allowing 7 points above the league average vs. top-rated offenses. They win just 33% of these games with an average scoring margin of -4.

When the Hawks play a team near the league average in offensive efficiency, their opponents score more than their expected output. Still, Atlanta wins 74% of these contests with an average MOV of +4.

The Hawks Feast On Bad Defenses

Although both of these teams are among the league’s worst in defensive efficiency, Atlanta has done a better job taking advantage. When playing bad defensive teams, the Hawks score six more points/game than the league average. These games have an average scoring margin of 9 points.

The Pelicans tend to play down their level of competition scoring just 1 point above average vs. units that struggle to defend. This led to just a 46% win percentage.

How the Public is Betting the Hawks vs. Pelicans

90% are betting the Hawks against the spread.

The Hawks are 5-0 against the spread when playing in New Orleans
In the Pelicans last five games at home, the total has gone under
In their last seven matchups in New Orleans, the Over has hit in 5

In tonight’s matchup, my model shows the Hawks pulling out a 117-110 win. Atlanta should have no problem scoring against a Pelicans unit not interested in defending. I recommend grabbing the Hawks at -6. But, if the spread moves further toward Atlanta, I might shift my focus to the over-under. With the point total line sitting at just 220, there is significant value in taking the over.

Bogdan Bogdanovic has a line of 12.5 points. I see the Hawks shooting guard getting plenty of opportunities and could be in line for a 20 point performance.

Point guard Trae Young is brimming with confidence and is willing to shoot from anywhere on the court. Young should surpass his line of 25.5 points vs. a suspect Pelicans defense. Question: Are you a parlay player? These wagers are TOUGH to win, so if you are, be sure that you’re betting at one of the sportsbooks that offers the best parlay odds on the net!