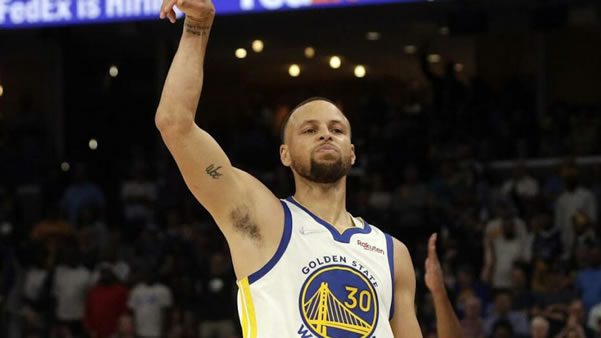 The Golden State Warriors host the Boston Celtics in Game 1 Of The NBA Finals. Tip-off is set for 09:00 PM ET at the Chase Center.

The Boston Celtics come into this game with an overall record of 51-31, placing them 4th in the Eastern Conference. So far, Boston is above .500 on the road, holding a record of 30-20. Over their last five games, the Celtics have played well, picking up 3 wins. In this stretch, Boston’s offense is scoring right in line with their season average, putting up 100.0 points per game. Combined, the Celtics’ last five opponents are giving up 105.0 points per contest. Boston comes into this game also playing well defensively, holding their opponents to just 96.0 points per game. An improvement on their season average of 103.9. In the Boston Celtics’ most recent game, Boston took down Miami by a score of 100-96

As Boston travels to take on the Golden State Warriors, the Celtics’ leading scorer is Jayson Tatum. Through 76 games, Tatum is averaging 26 points. On the season, he has surpassed his season average in 47.0% of his games. Against the Warriors, Tatum will need to be on top of his game as Golden State is allowing their opponent’s top scorer to surpass their average in 38.0% of their games, placing them in the top 10. On the other side, Stephen Curry leads the Warriors in scoring, averaging 25 points across his 64 games. Throughout the season, Curry has outscored his season average in 45.0% of his outings. Given that Boston’s defense has struggled to slow down their opponent’s top scorers, Stephen Curry should be in line for a big performance. So far, the Celtics have allowed their opponent’s top scorer to surpass their season average in 53.03% of their games, giving them a rank of 25th among NBA defenses.

Heading into this matchup, the Boston Celtics are the more efficient team on both ends of the court. This scenario has taken place in 32 of Boston’s 41 games, leading to a winning percentage of 62%. So far, the Golden State Warriors have played 41 games as the inferior offensive and defensive unit. In these instances, they have lost 41 times, by an average margin of -15.0 points.

Heading into today’s matchup, the Boston Celtics and Golden State Warriors have met up for 2 games. In game 1, Golden State picked up the 111-107 win. This victory came as the 4 point favorite on the road. In game 2, Boston got their revenge, winning by 22 points on the road.

67% are betting the Warriors against the spread.
52% are wagering on the game to go over the posted total of 211

Heading into game 1 of the NBA Finals, Golden State enters as the 3.5-point favorite at home. Boston will kick off the series in a similar fashion as the Eastern Conference Finals. In their previous series, the Celtics dropped game 1, after coming off a grueling 7 game series. Boston finds themselves in a familiar situation, as they were able to hold off the Heat. On the other side, the Warriors will be well rested as they have a full week off before returning to action. However, look for the Celtics to show off their playoff grittiness by keeping things close on the road. I recommend taking Boston to cover the spread.