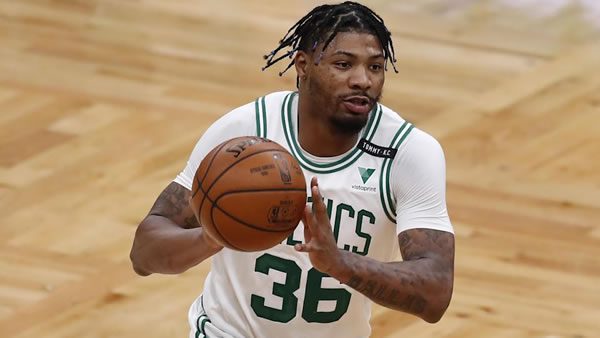 The Boston Celtics were a sub .500 4-6 to start the season. Sitting now at 13-11, the Celtics have climbed back into the top 6 of the east. Boston is off to a 2-1 start in December, including an impressive 145-117 outing last time on the floor against the Trail Blazers. Portland up until last week was near perfect at home, so dropping 145 points on them is nothing to look past. The Celtics squad is led by Jayson Tatum at 25.2 PPG and leads the team in assists per game at 8.8. As a team, the Celtics are as average as you can be, averaging 108.9 PPG offensively and 106.5 PPG defensively. Boston does find themselves in the top 10 with a 2.4-point differential.

After finishing the month of November, winning three of their last four games, the Lakers started their December campaign with a loss to the Clippers. Despite having their healthiest lineup to this point of the season amid Lebron’s return, the Lakers offense could not slow down the Clippers offense. Along with Lebron’s return came the team’s main downfall this season: turnovers. The Lakers had 12 team turnovers which surprisingly was less than the 15.8 they’ve averaged this season but nonetheless ended in a loss. Anthony Davis leads the team in scoring with 24.4 PPG and leads the Lakers also in rebounds, steals, and blocks. The Lakers score 111.7 PPG offensively and allow 113.4 PPG, giving them a -1.7-point differential.

Pace of play will be fast in this one as both teams rank in the top half in that statistic. The Lakers remain 1st in the league for pace with 107.3 possessions a game. With the deep ball trigger fingers of Westbrook, Lebron, Carmelo, and Monk, we often see an early pull up in the shot clock from range. It is also worth noting that Lebron is averaging shooting a career-high 8.4 three-point attempts per game this season. The Celtics sit 13th for pace with 102.4 possessions a game. Much like the Lakers, Boston relies heavily on the three-point shooting of Tatum, Brown, and Smart. As always, I like to give the advantage to the slower-paced team due to the extra possessions that they will get in the game. Also, with the Lakers’ turnover issues comes more possessions and points for the Celtics in this one.

Boston Covers on the Road

The Celtics, as of late, are becoming a worthy team to consider when playing on the road. With a 7-7 straight-up record on the road, they have one more win than playing in Boston. As far as keeping games close and even stealing wins on the road, the Celtics are 5-1 ATS in their last six games on the road as an underdog. As mentioned above, the Celtics last win on Saturday came in Portland, where they scored 145 points. The Trail Blazers have allowed 106.9 PPG at home, so the Celtics were able to blow that average out of the water. The Boston offense has another opportunity for a high-scoring game on the road against the Lakers, who give up 113.6 PPG at Staples Center.

Though the Lakers have an 8-7 record at home this season, they haven’t made it very difficult for teams to come in and keep games close. In their last five games at home, the Lakers are 1-4 ATS and losers of three of their last four at Staples Center. Tuesday night’s 2.5-point spread isn’t as tall of a task as they’ve had to face in other games as of late, but also, it’s hard to cover one-possession spreads when you’re losing outright.

A brief stat worth noting is the Lakers inability to take care of the ball. The Lakers, at 15.8 turnovers a game, is the 4th worst mark in the NBA. Russell Westbrook leads the team with 4.6 turnovers a game and is among the worst guards in the league in that category. Lebron James has also not taken care of the ball very well with 3.7 turnovers a game, including three in their last game. Against good, young offenses like the Celtics, unless they can find a way to break their trend, it is only going to lead to more losses as the year goes on.

Tuesday’s matchup will wrap up the season series between these teams as they met already last month in Boston. In that game, the Celtics won comfortably in a 130-108 final. In recent years the Celtics have won two of the last three games and two in a row.

How the Public is Betting the Celtics vs. Lakers

This Tuesday night matchup features two of the NBA’s most historic franchises. The Celtics come in riding a strong surge on the road as the Lakers struggle not only at home but no matter where they play this season. Nothing about this game shows me that the Lakers are going to fix their turnover issues overnight, thus giving the makings of another game playing from behind. Take the Boston Celtics to beat the 2.5-point spread.