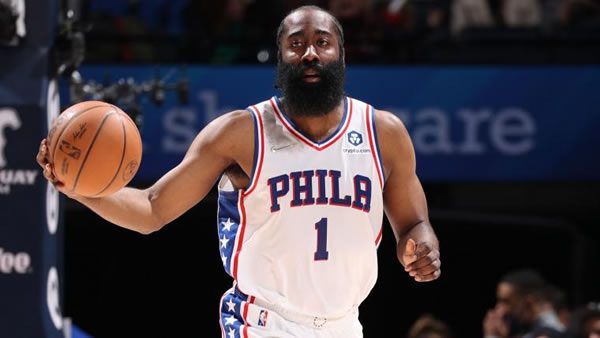 The Philadelphia 76ers host the Brooklyn Nets in a Eastern-Conference matchup. Tip-off is set for 07:30 PM ET at the Wells Fargo Center.

The Brooklyn Nets come into this game with an overall record of 33-33, placing them 8th in the Eastern Conference. So far, Brooklyn is above .500 on the road, holding a record of 20-15. Over the Nets’ last five games, they have picked up just 1 win. In this stretch, Brooklyn’s offense is scoring right in line with their season average, putting up 113.0 points per game. Combined, the Nets’ last five opponents are giving up 108.0 points per contest. A key reason for Brooklyn’s recent struggles is a defensive unit giving up 120.0 points over their previous five contests. This figure is up from their season average of 112.0. In the Brooklyn Nets’ most recent game, Brooklyn took down Charlotte by a score of 132-121

Heading into this matchup, the Philadelphia 76ers are the more efficient team on both ends of the court. This scenario has taken place in 16 of Philadelphia’s 65 games, leading to a winning percentage of 69%. So far, the Brooklyn Nets have played 12 games as the inferior offensive and defensive unit. In these instances, they have lost 12 times, by an average margin of -13.0 points.

Heading into today’s matchup, the Brooklyn Nets and Philadelphia 76ers have met up for 3 games. In their last meeting, Philadelphia picked up a 110-102 win.

How the Public is Betting the Nets vs 76ers

67% are betting the Sixers against the spread.
52% are wagering on the game to go over the posted total of 229.5

Tonight’s matchup between the Brooklyn Nets and Philadelphia 76ers marks the highly anticipated return of James Harden and Ben Simmons to their former teams. However, Simmons has yet to take the court for a Nets team, looking to make a late-season push up the Eastern Conference Standings. On the other side, the 76ers are still within reach of the number one seed, just 2.5 games behind the Heat. With Philadelphia coming into this game as 4.5 point favorites, I recommend taking the Sixers to cover the spread. On the season, Philadelphia is now ranked second in the NBA in free-throw attempts per field goal attempt. This is an area that Brooklyn has struggled with on defense. Question: Did you know that you could be betting for cheaper? Almost all sportsbooks charge the bettor -110 odds on sides and totals. Did you know that you could be laying only -105 at BetanySports? It doesn’t sound like much, but if you take a couple minutes to pencil out how much you’d have saved over the past year the numbers are astronomical! Be smart! Make the switch to reduced juice betting today! You’ll be SO glad you did! (Note: You must choose reduced juice over instead of the signup bonus when you sign up there). Click here to start saving big bucks TODAY!