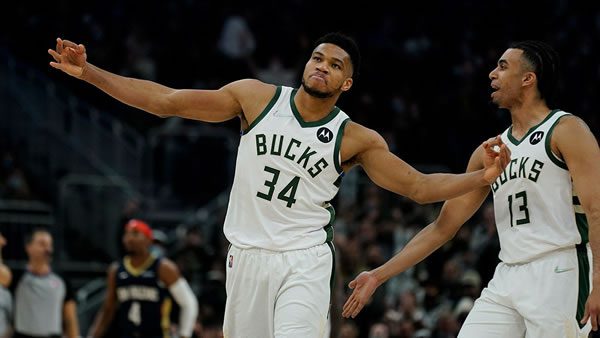 In their upcoming game, Milwaukee will be looking to capitalize on their recent win over the Knicks. Giannis Antetokounmpo led the way for the Bucks with 22 points. Despite being 1 point underdogs on the spread, the Bucks were able to secure an ATS win.

In their upcoming game, Atlanta will be looking to capitalize on their recent win over the Clippers. Trae Young led the way for the Hawks with 30 points. Despite being 2 point underdogs on the spread, the Hawks were able to secure an ATS win.

In the most recent matchup between the two teams, the Bucks picked up the 123-115 win over the Hawks. The Bucks margin of victory was enough to cover the spread as 6.5-point favorite. So far this season, the Hawks have a record of 2-1 vs. the Bucks. In terms of betting, Atlanta has an ATS record of 3-2 in the previous five matchups vs. Milwaukee. This mark has come on an average scoring margin of +4 points per game in favor of the Hawks. In these matchups, the teams have put together an over-under mark of 3-2. Combined, they averaged 230 points in these games.

This year, the Milwaukee offense is not only near the NBA average in points at 112.4 points per game, but they are also playing at a pace similar to the league average. So far, the Bucks are ranked 15th in possessions per contest. The three-point shot has been a big part of Milwaukee’s offensive game plan, as they are ranked 6th in 3-point attempts per game. So far, they have connected on 34.4% of their looks from outside. On defense, the Bucks allow an average of 112.13 points per game, placing them 19th in the league. So far, opposing teams are hitting 35.73% of their looks from deep vs. Milwaukee.

Going into today’s game, Giannis Antetokounmpo is the leading scorer for the Milwaukee team with an average of 31.7 points per game. This season, his field goal percentage is 52.7%. The team’s second top scorer is Brook Lopez, who is averaging 14.5 points per game.

This season, Atlanta is among the league leaders in scoring, averaging 115.2 points per game. So far, the Hawks are also one of the more up-tempo teams in the league, sitting at 101.8 possessions per game. Atlanta has struggled with their 3-point shot this season, as they are currently ranked just 27th in 3-point shooting percentage at 33.1%. In addition, they are near the bottom of the league in attempts, at just 31.0 attempts per contest. Defense has been a struggle for Atlanta, as they are currently allowing 112.38 points per game. The team’s 3-point shooting defense has been a problem this year. So far, opposing offenses have hit 36.43% of their looks from the outside.

Trae Young is the top scorer for Atlanta, averaging 27.5 points per game. This season, his field goal percentage is 42.2%. The team’s second-leading scorer is Dejounte Murray, with an average of 20.4 points per game.

I couldn’t tell you who is going to win this game because both teams have been inconsistent. However, I am confident that the Hawks will come out flat in the first quarter as it’ll be their first game home after a long west coast road trip. I’m betting the Bucks’ on the first-quarter line.