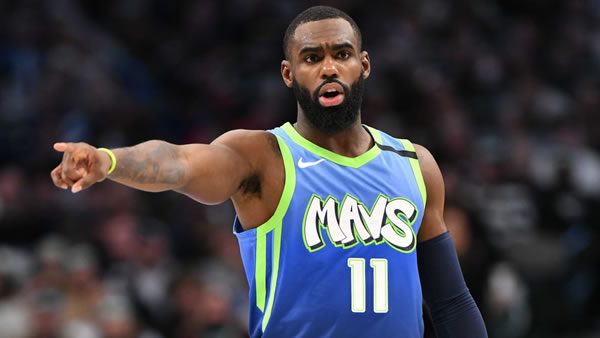 Point Spread: MIL -1.0/ DAL -1 (This should be a great game for live betting! You’ll probably be able to get both sides at a + multiple times during the game. Find the best live wagering platform on the planet at Bovada Sportsbook!)

Heading into the game, Milwaukee is 18-6 overall. When taking to the road, Milwaukee has a mark of 6-3 and a win percentage of 67.0%. Currently, the team is 2nd in the Eastern Conference. So far, they are 14-9-1 vs. the spread. In their matchup against Dallas, the Milwaukee Bucks have won 3 straight games and will look to push that mark to 4 in a row.

In their last game, Milwaukee defeated the Kings (126-113) as 6-point favorites. Giannis Antetokounmpo led the team with 35 points on 63.2% shooting. The Bucks also covered the spread with the victory.

Heading into the game, Dallas is 13-11 overall. When playing at home, Dallas has a mark of 10-3 and a win percentage of 77%. Currently, the team is 7th in the Western Conference. So far, they are 8-15-1 vs. the spread. Dallas will look to stay hot in today’s game vs. Milwaukee as they are the winners of 3 straight games.

Dallas will be looking to build on their most recent win over the Nuggets. Tim Hardaway Jr. led the team to a win with his 29 points. The Mavericks were 4-point underdogs on the spread, giving them an ATS win.

In the most recent matchup between the two teams, the Bucks picked up the 124-115 win over the Mavericks. The Buck’s point margin of victory was enough to cover the spread as 6.5 point favorite. This has been the only matchup between the two teams this season. The level of competition has been tight in the five most recent games between the Bucks and Mavericks, with the teams having an even scoring margin. Dallas has the ATS edge in this span at 3-2. Milwaukee and Dallas averaged a combined 220 points per game in these games, leading to an over-under mark of 2-3.

This year, the Milwaukee offense is not only near the NBA average in points at 113.1 points per game, but they are also playing at a pace similar to the league average. So far, the Bucks are ranked 17th in possessions per contest. The three-point shot has been a big part of Milwaukee’s offensive game plan, as they are ranked 7th in 3-point attempts per game. So far, they have connected on 35.3% of their looks from outside. On defense, the Bucks are allowing an average of 112.13 points per game, placing them 19th in the league. So far, opposing teams are hitting 35.73% of their looks from deep vs. Milwaukee.

This season, the Mavericks’ offense is averaging 111.7 points per game, which is 16th in the NBA. In terms of pace, Dallas has been playing at one of the slower tempo’s in the league, averaging just 96.5 possessions per game. The three-point shot has been a big part of Dallas’ offensive game plan, as they are ranked 3rd in 3-point attempts per game. So far, they have connected on 36.1% of their looks from outside. Defensively, the Mavericks have been one of the best units in the NBA, allowing just 104.72 points per game. So far, they have done an excellent job defending the 3-point arc, allowing teams to hit just 33.98%.

Coming into today’s game, Luka Doncic is the leading scorer for Dallas at 32.9 points per game. This season, Doncic has a field goal percentage of 50.3%. The team’s second-leading scorer is Spencer Dinwiddie, at 16.3 points per contest.

The Bucks haven’t had much luck at Dallas over the past handful of years, as they’ve lost eight of their last ten games at the American Airlines Center. Dallas is scoring really well right now too. I’m betting on the Mavs as a short +1 underdog. For more Friday NBA picks, check out what the Predictem Pros are betting!