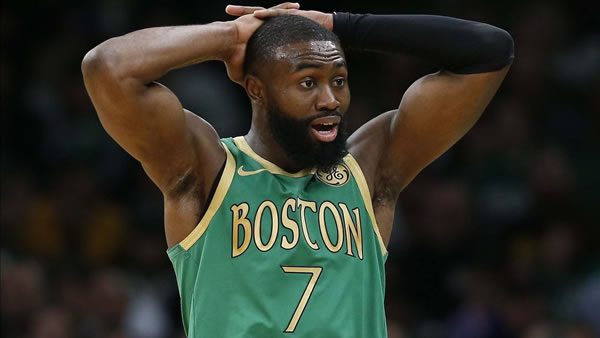 Heading into the game, Boston is 26-10 overall. When taking to the road, Boston has a mark of 11-5 and a win percentage of 69%. Currently, the team is 1st in the Eastern Conference. So far, they are 20-15-1 vs. the spread. In their matchup against Denver, the Boston Celtics have won 4 straight games and will look to push that mark to 5 in a row.

In their last outing, the Celtics emerged victorious against the Clippers, winning by a score of 116-110. Jaylen Brown led the team in scoring with 29 points. The Boston team was not able to cover the spread as 6-point favorites.

In their previous game, the Denver team emerged victorious against the Heat, winning by a margin of 4 points as predicted. Kentavious Caldwell-Pope shone for the Nuggets, scoring 20 points on a shooting percentage of 100.0%. The Nuggets not only won the game but also successfully covered the spread.

In the most recent matchup between the two teams, the Celtics picked up the 131-112 win over the Nuggets. The Celtics’ margin of victory was enough to cover the spread as 4.0 point favorite. This has been the only matchup between the two teams this season. In terms of betting, Boston has an ATS record of 4-1 in the previous five matchups vs. Denver. This mark has come on an average scoring margin of +16 points per game in favor of the Celtics. A combined average of 216 points per game was achieved in these matchups, leading to an over-under mark of 2-3.

For the season, Boston has put together one of the top-scoring offenses in the NBA at 118.8 points per game. When looking at their style of play, the team is currently near the league average in pace, averaging 99.8 possessions per contest. Boston’s offensive attack has benefited from some hot shooting from outside. Not only are they among the league leaders in 3-pointers attempted per game, but they are 6th in 3-point shooting percentage at 37.6%. Defensively, the Celtics have been one of the best units in the NBA, allowing just 104.48 points per game. So far, they have done an excellent job defending the 3-point arc, allowing teams to hit just 33.86%.

Jayson Tatum is the top scorer for Boston, averaging 31.0 points per game. This season, his field goal percentage is 47.3%. The team’s second-leading scorer is Jaylen Brown, with an average of 27.0 points per game.

For the season, Denver has put together one of the top-scoring offenses in the NBA at 116.4 points per game. When looking at their style of play, the team is currently near the league average in pace, averaging 98.7 possessions per contest. Denver has struggled with their 3-point shot this season, as they are currently ranked just 1st in 3-point shooting percentage at 39.4%. In addition, they are near the bottom of the league in attempts, at just 30.0 attempts per contest. On defense, the Nuggets allow an average of 110.41 points per game, placing them 14th in the league. So far, they have done a good job defending the 3-point arc, as teams are hitting just 34.42% of their looks from deep.

Heading into this matchup, Denver is in jeopardy of not having Jamal Murray in the lineup as he is questionable. This season, he is the team’s second-leading scorer at 18.2 points per game. So far, Nikola Jokic leads the team in scoring and is averaging 25.5 points per contest.

It’s a tough card today. I don’t like the sides (spreads) of any of today’s three NBA games. I do, however, like this game to go UNDER 234.