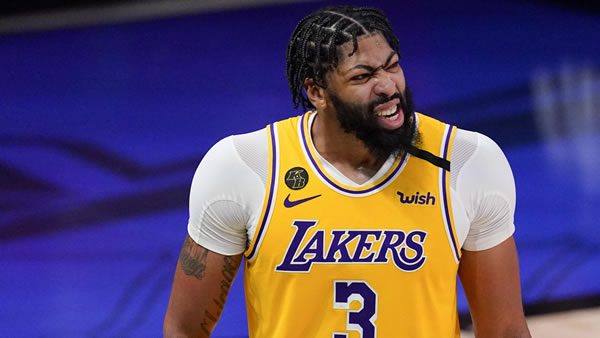 This year, the Clippers will look to improve on last year’s mark of just 42-40 which placed them 9th in the Western Conference Even though the team finished the year with an above .500 record, they will look to play better on the road this season as they finished with a mark of 17-24 (2021-2022).

So far, the Lakers have put together an overall record of 0-1, while going 0-1-0 vs the spread. Not only did the Lakers drop their last game to the Warriors. But they also picked up an ATS loss, as they fell by a score of 123-109 as 7 point underdogs. In the loss, LeBron James led the team in scoring with 31 points on a field goal percentage of 48.0%.

Looking back to last season, the Clippers and Lakers met up for 4 games, with the Clippers winning the series 4-0. A large part of the team’s overall success vs the Lakers, was their ability to win on the road as they were above .500 away from home in the series. In last year’s head-to-head meetings, the Clippers averaged 116.75 points per game vs the Lakers, which was an increase over their season-long average. While the Clippers saw a boost in scoring, the Lakers averaged 109.5 points per contest in head-to-head meeting vs the Clippers. This figure was similar to season-long average. Although the Clippers have the better ATS mark across the previous 5 head-head matchups at 4-1, the average scoring margin sits in favor of the Clippers, as they averaged 113 points per game while allowing 106. In these matchups, the teams have put together an over-under mark of 4-1. Combined, they averaged 112.0 in these games.

Last season, the Clippers struggled on offense, averaging just 108.4 points per game. This figure placed the team 23rd in the NBA. In today’s game, Los Angeles is facing off against a Lakers defense that finished near the league average in points allowed per game. Last year, the Clippers had a record of 22-8 vs teams in the bottom third of the league in points allowed.

Going into the season, the Clippers are expecting another big year from Reggie Jackson, who led the team with 16.84 points per game last year. On the season, he hit 39.2% of his field goal attempts and grabbed 3.61 rebounds per game. He heads into today’s game vs the Lakers with an excellent matchup, as throughout last season, the Lakers struggled to limit opposing point-guard’s in the scoring department.

Last season, the Lakers were one of the top scoring teams in the NBA, averaging 112.1 points per game, placing them 11th in the league. In today’s game, they are facing off against a Clippers defense that ranked 11th in fewest points allowed per game. Last season, Los Angeles went just 11-23 vs strong defensive units.

LeBron James could be in line for a big game vs the Clippers as they were one of the worst units at defending small forwards in the 2021-2022 regular season.

The Lakers looked like hot garbage on opening night. The bookies are going to use your recency bias against you. Don’t fall into this trick and fall into a Clippers sucker bet! Take the points with the Lakers in a game where they could easily win this straight up! Bet this week’s NBA predictions for FREE by taking advantage of one of many 100% bonuses on our sportsbook bonuses page!