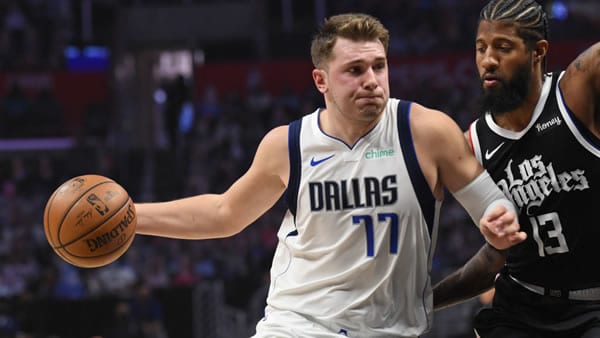 The Dallas Mavericks look to head into the All-Star break, winning two in a row as they travel to take on the Pelicans. Tip-off is set for 8:00 PM ET at the Smoothie King Center.

The Dallas Mavericks come into this game with an overall record of 34-24, placing them 5th in the Western Conference. So far, Dallas is above .500 on the road, holding a record of 14-13. Over their last five games, the Mavericks have played well, picking up 4 wins. In this stretch, Dallas’s offense is scoring right in line with their season average, putting up 107.0 points per game. Combined, the Mavericks’ last five opponents are giving up 109.0 points per contest. Dallas comes into this game also playing well defensively, holding their opponents to just 97.0 points per game. An improvement on their season average of 103.0. In the Dallas Mavericks most recent game, Dallas took down Miami by a score of 107-99

The New Orleans Pelicans come into this game with an overall record of 23-35, placing them 11th in the Western Conference. Throughout the season, New Orleans has struggled in their 29 home contests, sitting at 13-16. Over the Pelican’s last five games, they have picked up just 2 wins. During this stretch, New Orleans is averaging 110.0 points per game, 4.0 points more than their season average of 106.1. This uptick in offensive play has come while playing a group of opponents who are collectively giving up 110.0 points per contest. In this recent cold stretch, the Pelicans are allowing an average of 109.0 points per game, similar to their usual rate of 109.3. In the New Orleans Pelicans’ most recent game, the team fell to Memphis by a score of 121-109.

As Dallas travels to take on the New Orleans Pelicans, the Mavericks’ leading scorer is Luka Doncic. Through 42 games, Doncic is averaging 27 points. On the season, he has surpassed his season average in 36.0% of his games. So far, the Pelicans are allowing their opponent’s top scorer to surpass their season average in 43.4% of their games, placing them 11th among NBA defenses. On the other side, CJ McCollum leads the Pelicans in scoring, averaging 26 points across his 4 games. Throughout the season, McCollum has outscored his season average in 50.0% of his outings. However, if he hopes to add to this total, McCollum will need to do so against a Mavericks defense that has been tough on their opponent’s top scorers. So far, leading scores have surpassed their season average at a rate of just 40.43%. This figure is good for a rank of 7th in the league.

Heading into this matchup, the Dallas Mavericks are the more efficient team on both ends of the court. This scenario has taken place in 26 of Dallas’s 57 games, leading to a winning percentage of 62%. So far, the New Orleans Pelicans have played 18 games as the inferior offensive and defensive unit. In these instances, they have lost 18 times, by an average margin of -14.0 points.

Tonight’s game vs Dallas and New Orleans will be their 4th meeting of the season. So far, the Mavericks have picked up 2 wins.

How the Public is Betting the Mavericks vs Pelicans

In this matchup, look for Dallas to pick up the win as the Pelicans will struggle on the offensive end of the court. Throughout the season, Dallas has kept their opponents from scoring at their usual rate. Given that New Orlean already struggles with their scoring efficiency, I expect Dallas to cover the spread. Note: Now that college and pro football are over and you’ve got some extra time, it’s a GREAT time to take a few minutes to learn about the benefits of betting at reduced vig!