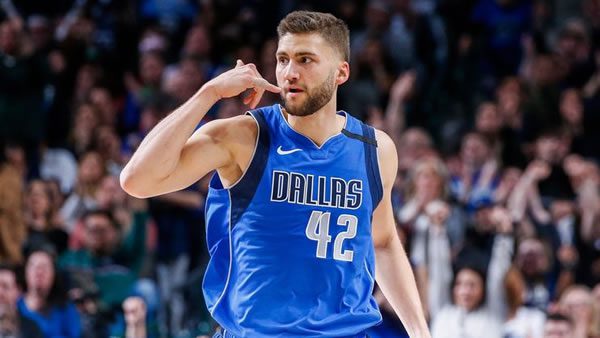 Point Spread: DAL -1.5/NYK 1.5 (Opened at DAL -2.5 at EveryGame - Oldest and most trusted sportsbook on the internet! - Formerly known as Intertops)

The Dallas Mavericks enter today’s game, having won 6 straight games. In their past ten contests, the Mavericks have played above .500 basketball, going 7-3. As the road team, Dallas travels to New York with a positive plus-minus of rating 2.0 points. Overall, the Mavericks are ranked 9th among NBA teams in point differential (1.6). Among NBA teams, they have played the 15th toughest schedule.

For bettors, taking the Dallas Mavericks to cover the spread has been a winning bet as they have covered in 52.50% of their games. Their season-long plus-minus against the spread is 1.8.

On offense, the team’s leading scorer is PG Jalen Brunson. So far, Brunson is averaging 16.03 points per game. This output places him 14th among point guards. The Mavericks’ best three-point shooter has been Luka Doncic, connecting on 2.56 shots from downtown per game.
Dorian Finney-Smith has been in charge of cleaning up the glass, hauling in 4.74 boards per game.

The New York Knicks enter today’s game, having won 6 of their past ten games. When playing in New York, the Knicks have played at a below .500 rate, having gone 10-11. As they take on the Mavericks at home, the Knicks have a negative home plus-minus of -1.2 points. Overall the Knicks are ranked 22nd among NBA teams in point differential (1.7). So far, they have played the league’s 7th easiest schedule.

For bettors, taking the New York Knicks to cover the spread has been a losing bet as they have covered in 46.30% of their games. Their season-long plus-minus against the spread is -2.4.

On offense, the team’s leading scorer is PF Julius Randle. So far, Randle is averaging 19.03 points per game. Randle also leads the team with 10.18 rebounds per game. The Knicks’ best three-point shooter has been Evan Fournier, connecting on 2.69 shots from downtown per contest.

The Dallas Mavericks come into this game as the 28th rated team in pace, averaging 95.7 possessions per contest. Despite this slow style of play, the team is ranked 9th in three-point attempts. However, they get up some of the fewest free-throw totals in the NBA. On the other side, the New York Knicks are the league’s slowest-paced team, averaging 95.3 possessions per game. Like their opponent, they also prefer the three-point shot.

Some key matchups to watch in this game will be how Dallas holds up inside as New York is one of the best offensive rebounding team’s in the NBA. On the other side, the Mavericks have shown the ability to score more efficiently on two-point field goal attempts, ranking 9th in the NBA at 53.7%. As for New York, they are the 28th ranked team in two-point field goal percentage.

Tonight’s game between the Mavericks and Knicks will be their third meeting of the year. So far, each team has picked up one win in the series.

How the Public is betting the Mavericks vs. Knicks

60% are betting the Mavericks against the spread.

Due to a hot stretch of play, the Dallas Mavericks have moved up to the 5th seed in the Western Conference. However, if they hope to move further up the standings, they will need to continue at this pace as they are 5.5 games behind the 4th seeded Grizzlies. Given that New York has its struggles on offense look for Dallas to come away with a win as they have been one of the NBA’s better defensive teams all season. So far, the Mavericks have been excellent at forcing turnovers, an area that New York needs to improve.

Coming into this matchup, Luka Doncic has put together three straight games over 20 points. Look for the Mavericks point guard to put together one of his signature all-around performances. I expect Doncic to pick up a double-double and recommend that as the best prop of the night. Bet your NBA picks for FREE this week by taking advantage of a 100% real cash bonus on your first deposit of $100 to $1000 at Betnow Sportsbook!