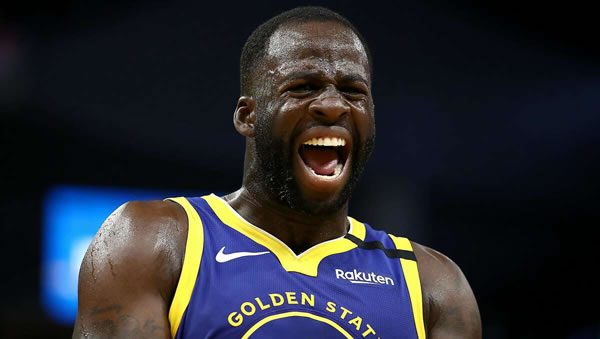 Heading into the game, Golden State is 14-15 overall. When taking to the road, Golden State has a mark of 2-13 and a win percent of 13%. Currently, the team is 10th in the Western Conference. So far, they are 13-16-0 vs the spread. Golden State travels to take on the 76ers hoping to avoid their 3rd straight loss.

Golden State most recently lost to the Pacers by a score of 125-119. The team high 38 points from Stephen Curry was not enough to come away with the win. The Warriors were 1 point favorites going into the game.

Heading into the game, Philadelphia is 15-12 overall. When playing at home, Philadelphia has a mark of 10-5 and a win percent of 67%. Currently, the team is 5th in the Eastern Conference. So far, they are 15-11-1 vs the spread. Philadelphia will look to stay hot in today’s game vs Golden State as they are the winners of 3 straight games.

In their preceding game, the 76ers overpowered the Kings, earning a 123-103 win as 4 point favorites. Joel Embiid led the way for the 76ers, putting up 31 points on 62.5% shooting. The 76ers not only secured the victory, but also covered the spread.

Going back to last season, the Warriors and 76ers split their season series, with each team picking up a win at home. The average point total across the two games was 200.5 points. Last year, the Warriors saw a drop in overall scoring when playing the 76ers, averaging 104.5 points per game. Like the Warriors, the 76ers scored at a rate below their season average, finishing with 99.0 points per game vs Golden State. The Warriors have had the better record vs the spread over the last 5 games, going 3-2. The team’s average scoring margin in these contests sits at 3 points per game. Over the course of these games, they averaged 209 points per game, leading a 1-4 over-under record.

This season, Golden State is among the league leaders in scoring, averaging 117.4 points per game. So far, the Warriors are also one of the more up-tempo teams in the league, sitting at 102.6 possessions per game. The Warriors have been able to put together a strong offensive attack despite sitting just 5th in 3-point shooting percentage. Overall, they are among the league leaders in attempts at 43.2 attempts per game. Defensively, the Warriors have been one of the best units in the NBA, allowing just 105.46 points per game. So far, they have done an excellent job defending the 3-point arc, allowing teams to hit just 33.92%.

A major injury to note for today’s game is that Golden State will not have Stephen Curry available as is already listed as out on the injury report. Jordan Poole will take on the role as the primary scorer for the team. This season, Poole is averaging 17.9 points per game for the Warriors.

This season, the 76ers offense is averaging 111.2 points per game, which is 20th in the NBA. In terms of pace, Philadelphia has been playing at one of the slower tempo’s in the league, averaging just 97.8 possessions per game. Philadelphia’s 3-point shooting numbers are below the league average, as they have hit just 38.6% of their looks from deep. On average, the team gets up 32.4 3-point shots per game, placing them 19th in the NBA. Defensively, the 76ers have been one of the best units in the NBA, allowing just 107.33 points per game. So far, they have done an excellent job defending the 3-point arc, allowing teams to hit just 34.56%.

More Picks: Indiana at Cleveland betting analysis and recommended bet for their 12/16/22 game >>>

The Warriors were struggling prior to Curry going down. Philly has been hot! I think Philly wins and covers! Be sure to bookmark our free picks page, as Kevin West will start releasing free college basketball picks next week!