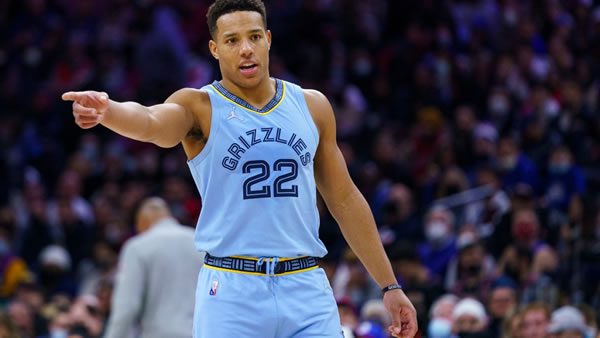 The Memphis Grizzlies host the Golden State Warriors in a Western-Conference matchup. Tip-off is set for 08:00 PM ET at the FedEx Forum.

The Golden State Warriors come into this game with an overall record of 48-27, placing them 3rd in the Western Conference. So far, Golden State is above .500 on the road, holding a record of 19-18. Over the Warriors’ last five games, they have picked up just 1 win. In this stretch, Golden State’s offense is scoring right in line with their season average, putting up 108.0 points per game. Combined, the Warriors’ last five opponents are giving up 111.0 points per contest. A key reason for Golden State’s recent struggles is a defensive unit giving up 110.0 points over their previous five contests. This figure is up from their season average of 105.4. In the Golden State Warriors’ most recent game, the team fell to Washington by a score of 123-115.

The Memphis Grizzlies come into this game with an overall record of 52-23, placing them 2nd in the Western Conference. So far, Memphis is above .500 at home, holding a record of 27-10. The Grizzlies have played well over their last five games, picking up 4 wins. During this stretch, Memphis is averaging 124.0 points per game, 9.0 points more than their season average of 115.3. This uptick in offensive play has come while playing a group of opponents who are collectively giving up 113.0 points per contest. The Grizzlies have been picking up victories while holding opponents to an average of 109.0 points per game, similar to their season average of 109.3. In the Memphis Grizzlies’ most recent game, Memphis took down Milwaukee by a score of 127-102.

The Grizzlies come into this game as the more efficient offensive team, averaging 110.8 points per 100 possessions. When playing as the superior offensive unit, Memphis is winning at a rate of 76%. These wins are coming by an average margin of 18.0 points. On the other side, the Warriors hold the advantage on the defensive end of the floor. So far, they have played 34 games as the better defensive team, picking up 18 wins.

Heading into today’s matchup, the Golden State Warriors and Memphis Grizzlies have met up for 3 games. In their last meeting, Memphis picked up a 116-108 win.

67% are betting the Grizzlies against the spread.
52% are wagering on the game to go over the posted total of 224.5

Chicago Bulls at NY Knicks Against the Spread Pick >>>

Heading into this game, each team is dealing with injuries to their point guards and top overall players. All indications point to Steph Curry and Ja Morant being ready for the playoffs. However, each team will look to finish the season strong. Between the two teams, Golden State is more of a threat to be overtaken for the 3rd seed in the West, as they are just 2 games ahead of the Mavericks. On the other side, even without Morant, the Grizzlies keep rolling along, winning 4 straight games. However, with a spread sitting at 10.5 points, look for the Warriors to keep this one within that margin.