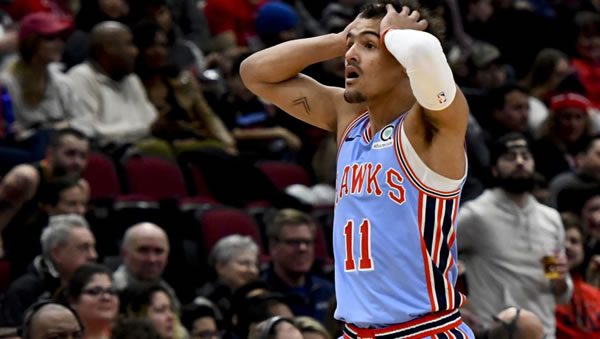 Heading into the game, Atlanta is 13-12 overall. When taking to the road, Atlanta has a mark of 5-7 and a win percentage of 42.0%. Currently, the team is 5th in the Eastern Conference. So far, they are 10-14-1 vs. the spread. Atlanta travels to take on the Nets, hoping to avoid their 3rd straight loss.

Most recently, Atlanta lost to the Knicks by a score of 113-89. Trae Young and his 19 points were not enough for the team to pull out a win as 2-point underdogs. The Hawks also finished with an ATS loss in the game.

Most recently, the Nets took down the Hornets by a score of 122-116. Kyrie Irving finished with 33 points, which was most on the team. In terms of betting, Brooklyn did not cover the spread as 10-point favorites.

Today’s game will be the first meeting of the season. The Nets and the Hawks have had some close games in the past. Last season, the Nets won their season series against the Hawks (2-1), including a win at home at the Barclays Center. In those games, the Hawks averaged 111.67 points per game, while the Nets scored at a rate near the league average, putting up 115.0 points per game. Over the last five head-to-head matchups, the average margin of victory has been just 1 point, resulting in a 3-2 record for the Hawks against the spread. The over-under record in these games is 2-3, with the teams combining for an average of 229 points per game

This season, the Hawks have loved to get up and down the court, as they are currently 11th in the league in possessions per game. However, this has not fully translated into the offensive success they are looking for, as Atlanta is 15th in scoring at 113.0 points per game. Atlanta has struggled with their 3-point shot this season, as they are currently ranked just 29th in 3-point shooting percentage at 32.0%. In addition, they are near the bottom of the league in attempts, at just 30.2 attempts per contest. Atlanta’s defense has been a weakness this year, allowing 112.38 points per game. Opposing teams have been able to hit a lot of their three-pointers against the Hawks, shooting 36.43% from beyond the arc. Overall, it’s been a tough season for the Hawks on defense.

Heading into today’s game, Atlanta will be needing a strong offensive effort from Trae Young and the team’s supporting cast, as Dejounte Murray won’t be available vs. Brooklyn. So far, Murray is averaging 20.8 points per game. Young leads the Hawks at 27.2 points per contest.

This season, the Nets offense is averaging 111.3 points per game, which is 20th in the NBA. In terms of pace, Brooklyn has been playing at one of the slower tempo’s in the league, averaging just 97.8 possessions per game. Brooklyn heads into the game as one of the top 3-point shooting teams in terms of percentage. So far, they have hit 37.2% of their looks from deep. However, they are currently ranked just 23rd in 3-point attempts per contest. On defense, the Nets are allowing an average of 112.12 points per game, placing them 18th in the league. So far, they have done a good job defending the 3-point arc, as teams are hitting just 34.46% of their looks from deep.

Coming into today’s game, Kevin Durant is the leading scorer for Brooklyn at 29.8 points per game. This season, Durant has a field goal percentage of 55.6%. The team’s second-leading scorer is Kyrie Irving, at 24.9 points per contest.

The loss of Murray hurts but is being overstated. The Nets blew a massive lead in their last game and showed how lazy they could be on defense. This team has a couple of superstars but lacks chemistry and killer instinct. I’m stoked to be getting +7.5 with Trae Young and the Hawks! For more Friday NBA predictions, check out what the Predictem Pros are playing!