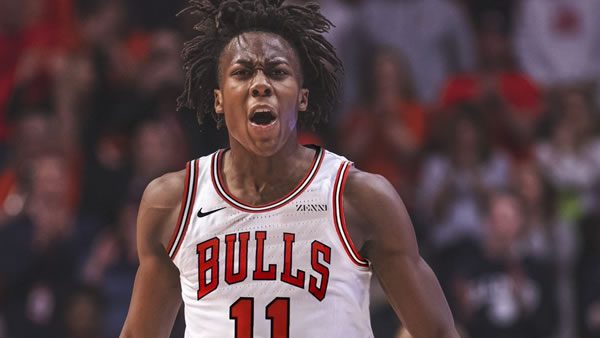 The Chicago Bulls host the Miami Heat in an Eastern-Conference matchup. Tip-off is set for 08:00 PM ET at the United Center.

The Miami Heat come into this game with an overall record of 49-28, placing them 1st in the Eastern Conference. So far, Miami is above .500 on the road, holding a record of 22-16. Over the Heat’ last five games, they have picked up just 2 wins. In this stretch, Miami’s offense is scoring right in line with their season average, putting up 106.0 points per game. Combined, the Heat’s last five opponents are giving up 109.0 points per contest. In this recent cold stretch, the Heat are allowing an average of 107.0 points per game, similar to their usual rate of 105.1. In the Miami Heat’ most recent game, Miami took down Boston by a score of 106-98

The Chicago Bulls come into this game with an overall record of 45-32, placing them 5th in the Eastern Conference. So far, Chicago is above .500 at home, holding a record of 27-10. The Bulls have played well over their last five games, picking up 3 wins. In this stretch, Chicago’s offense is scoring right in line with their season average, putting up 111.0 points per game. Combined, the Bulls’ last five opponents are giving up 108.0 points per contest. The Bulls have been picking up victories while holding opponents to an average of 111.0 points per game, similar to their season average of 111.2. In the Chicago Bulls’ most recent game, Chicago took down the LA Clippers by a score of 135-130.

The Bulls come into this game as the more efficient offensive team, averaging 110.1 points per 100 possessions. When playing as the superior offensive unit, Chicago is winning at a rate of 75%. These wins are coming by an average margin of 12.0 points. On the other side, the Heat hold the advantage on the defensive end of the floor. So far, they have played 33 games as the better defensive team, picking up 19 wins.

Heading into today’s matchup, the Miami Heat and Chicago Bulls have met up for 3 games. In their last meeting, Miami picked up a 112-99 win.

How the Public is Betting the Heat vs Bulls

67% are betting the Heat against the spread.
52% are wagering on the game to go over the posted total of 220.5

Both the Miami Heat and Chicago Bulls come into this game looking to lock down favorable playoff seedings in what should be a thrilling Eastern Conference matchup. Because the Bulls have rattled off two straight wins, they have an outside chance to catch Philadelphia for the 4th seed. On the other side, the Heat will be looking to fend off the Bucks down the stretch. Given that Chicago has struggled against the NBA’s top teams look for Miami to pick up the road win and cover the spread.