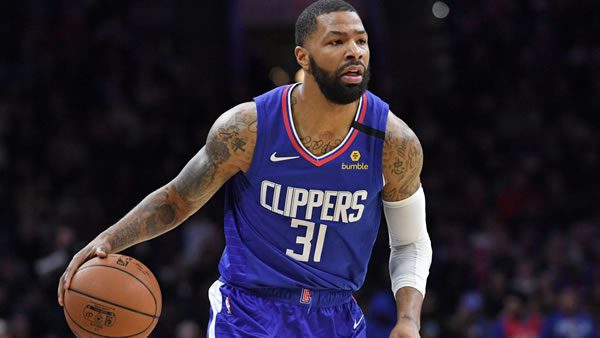 Charlotte will be looking to build on their most recent win over the Kings. Kelly Oubre Jr. led the team to a win with his 31 points. The Hornets were 10-point underdogs on the spread, giving them an ATS win.

In their last game, Los Angeles defeated the Wizards (102-93) as 5-point favorites. Kawhi Leonard led the team with 31 points on 46.2% shooting. The Clippers also covered the spread with the victory.

In the most recent game between the two teams, the Clippers picked up a 119-117 win over the Hornets. However, heading into the game, Los Angeles was favored to win by 6.5 points, giving the Hornets an ATS victory. This has been the only matchup between the two teams this season. The ATS record across the previous five head-to-head meetings is 4-1 in favor of the Clippers. In these matchups, Los Angeles has averaged 118 points per game while allowing 100. In these contests, they averaged a combined 218 points per game, leading to an over-under mark of 2-3.

For the season, Charlotte averages 110.8 points per game, which is 24th in the league. This below-average production has come despite being one of the faster-paced teams in the NBA (6th). Charlotte’s 3-point shooting numbers are below the league average, as they have hit just 32.4% of their looks from deep. On average, the team gets up 32.6 3-point shots per game, placing them 19th in the NBA. The defense has not been a strong area for Charlotte, as they are currently allowing 114.89 points per game. The team’s 3-point shooting defense has been a problem this year. So far, opposing offenses have hit 36.29% of their looks from the outside.

Heading into today’s game, Charlotte will be needing a strong offensive effort from Kelly Oubre Jr. and the team’s supporting cast, as Terry Rozier won’t be available vs. Los Angeles. So far, Rozier is averaging 20.9 points per game. Oubre Jr. leads the Hornets at 21.1 points per contest.

This season, Los Angeles is averaging just 107.0 points per game, which places them 30th in the league. A major reason for these low numbers is the fact that they play at one of the slower paces in the NBA at just 97.6 possessions per game. When looking at the team’s 3-point shooting numbers, they profile as an average team in both percentage and attempts. For the season, the Clippers’ offense is ranked 18th in 3-point attempts per game while connecting at a rate of 36.4%. Defensively, the Clippers have been one of the best units in the NBA, allowing just 108.39 points per game. So far, they have done an excellent job defending the 3-point arc, allowing teams to hit just 34.31%.

Heading into the game, Paul George is listed as questionable on the injury report. This season, he leads the team with a per-game scoring average of 23.5. Currently, Marcus Morris Sr. is 2nd on the team in scoring at 13.5 points per game.

The Charlotte Hornets are getting healthy, and they’re looking GOOD! The market has yet to adjust to this yet, so grab this +7 gift of a point spread asap! Bet your NBA predictions for FREE this week by scoring a 50% real cash bonus up to $250 in free bets at the best bookmaker on the web! —> Bovada Sportsbook! They pay fast, offer TONS of props and have the BEST live betting platform on the planet!