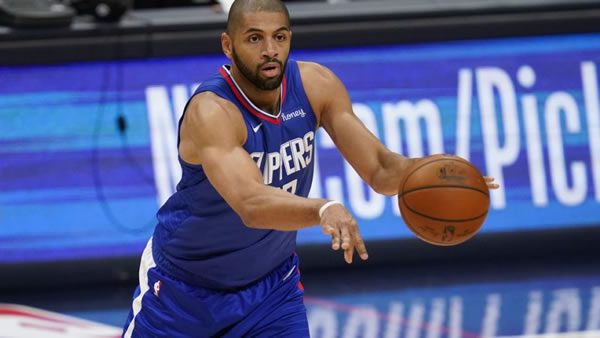 In their most recent game, Dallas was unable to come away with a victory against the Thunder, losing by a score of 120-109. Despite Christian Wood leading the team with 27 points, the Mavericks were unable to overcome their status as 4-point underdogs. The Mavericks also ended up with an ATS loss in the game.

Heading into the game, Los Angeles is 21-21 overall. When playing at home, Los Angeles has a mark of 11-9 and a win percentage of 55%. Currently, the team is 6th in the Western Conference. So far, they are 20-21-1 vs. the spread. The Clippers need a win in today’s matchup vs. Dallas to avoid their 7th straight loss.

Los Angeles most recently lost to the Hawks by a score of 112-108. The team high 29 points from Kawhi Leonard was not enough to come home with the win. The Clippers were 2 point favorites going into the game.

In the most recent game between the two teams, the Mavericks picked up a 103-101 win over the Clippers. However, heading into the game, Dallas was favored to win by 6.5 points, giving the Clippers an ATS victory. This has been the only matchup between the two teams this season. Spanning across the last five head-to-head matchups, the Mavericks and Clippers have been competitive, with an average margin of victory sitting at just 2 points per game. This has resulted in a 3-2 ATS record for Los Angeles. Over the course of these games, they averaged 204 points per game, leading a 2-3 over-under record.

This season, the Mavericks’ offense averages 112.4 points per game, which is 19th in the NBA. In terms of pace, Dallas has been playing at one of the slower tempo’s in the league, averaging just 96.6 possessions per game. The three-point shot has been a big part of Dallas’ offensive game plan, as they are ranked 3rd in 3-point attempts per game. So far, they have connected on 35.8% of their looks from the outside. Defensively, the Mavericks have been one of the best units in the NBA, allowing just 104.72 points per game. So far, they have done an excellent job defending the 3-point arc, allowing teams to hit just 33.98%.

Heading into the game, Luka Doncic is listed as questionable on the injury report. This season, he leads the team with a per-game scoring average of 34.0. Currently, Christian Wood is 2nd on the team in scoring at 18.2 points per game.

This season, Los Angeles is averaging just 109.1 points per game, which places them 28th in the league. A major reason for these low numbers is the fact that they play at one of the slower paces in the NBA, at just 98.0 possessions per game. In terms of 3-point shooting, the Clippers are ranked 14th in attempts per game. However, they have been one of the more efficient shooting teams in the league, connecting at a rate of 36.8%. Defensively, the Clippers have been one of the best units in the NBA, allowing just 108.39 points per game. So far, they have done an excellent job defending the 3-point arc, allowing teams to hit just 34.31%.

A major injury to note for today’s game is that Los Angeles will not have Paul George available, as is already listed as out on the injury report. Marcus Morris Sr. will take on the role of the primary scorer for the team. This season, Morris Sr. is averaging 13.3 points per game for the Clippers.

The Clippers have lost six straight games and are favored by -3.5 points. Huh? Most bettors are scratching their heads and quickly betting Luka and the Mavs, which is the wrong play. Dallas has nice pieces, a superstar, and is playing well right now, but everyone is overlooking the fact that Dallas doesn’t beat good teams on the road. I’m laying the points with the Clippers! Bet your NBA predictions for FREE this week by scoring a 100% real cash bonus up to $500 when you enter bonus promo code PREDICTEM at Betnow Sportsbook!