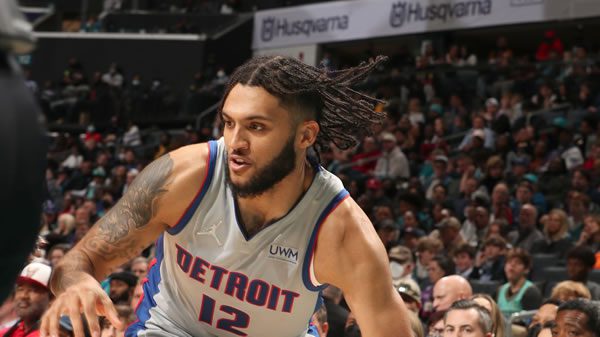 In their last game, Dallas defeated Warriors (116-113) as 1-point favorites. Luka Doncic led the team with 41 on 51.9% shooting. The Mavericks also covered the spread with the victory.

Heading into the game, Detroit is 5-18 overall. When playing at home, Detroit has a mark of 3-7 and a win percentage of 30%. Currently, the team is 15th in the Eastern Conference. So far, they are 12-11-0 vs. the spread. The Pistons need a win in today’s matchup vs. Dallas to avoid their 4th straight loss.

Most recently, Detroit lost to the Knicks by a score of 140-110. Isaiah Stewart and his 19 was not enough for the team to pull out a win as 4-point underdogs. The Pistons also finished with an ATS loss in the game.

Today’s matchup will be the first time the Mavericks and Pistons have played each other this season. Last year, Dallas dominated the series, winning by margins of 30 and 15 points. Going into the games, Dallas was favored by 9 and 10.5 points. The Mavericks have covered the spread in 3 straight head-to-head matchups.

This season, Dallas is averaging just 109.4 points per game, which places them 24th in the league. A major reason for these low numbers is the fact that they play at one of the slower paces in the NBA at just 96.0 possessions per game. The three-point shot has been a big part of Dallas’ offensive game plan, as they are ranked 5th in 3-point attempts per game. So far, they have connected on 34.4% of their looks from the outside. Defensively, the Mavericks have been one of the best units in the NBA, allowing just 104.72 points per game. So far, they have done an excellent job defending the 3-point arc, allowing teams to hit just 33.98%.

Luka Doncic comes into the game as the Mavericks’ top offensive playmaker at a league-high 33.5 points per game. Behind him, Spencer Dinwiddie is 2nd on the team at just under 17 points per contest.

Coming into the game, Detroit’s offense is ranked just 26th in scoring at 109.1 points per game. This has come while being the 18th-ranked unit in pace. So far, the Pistons are averaging 98.9 possessions per contest. Detroit’s 3-point shooting numbers are below the league average, as they have hit just 33.2% of their looks from deep. On average, the team gets up 32.3 3-point shots per game, placing them 18th in the NBA. Defense has been a struggle for Detroit, as they are currently allowing 112.6 points per game. The team’s 3-point shooting defense has been a problem this year. So far, opposing offenses have hit 36.41% of their looks from the outside.

Injuries will be a factor for Detroit as Jaden Ivey is questionable and has averaged 16.2 points per game for the team. Bojan Bogdanovic is the Pistons’ leading scorer at 20.3 points per game.

The Pistons don’t score well enough to justify a 222 total. I make the total at 215, so I am stoked to feel like we’re getting seven points of value here! Bet your NBA picks for FREE this week by scoring a 100% real cash bonus up to $500 when you enter bonus promo code PREDICTEM on the Special Offers page at the web’s oldest and most trusted sportsbook: Everygame!