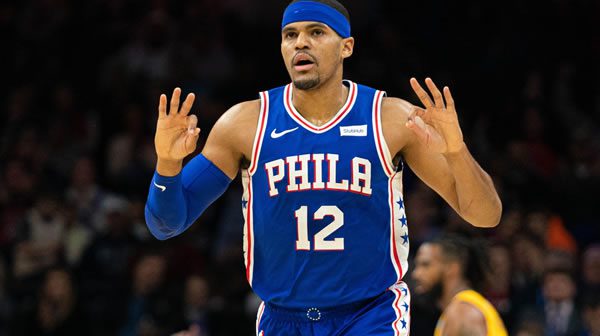 The Philadelphia 76ers host the Dallas Mavericks in a Non-Conference matchup. Tip-off is set for 07:00 PM ET at the Wells Fargo Center.

The Dallas Mavericks come into this game with an overall record of 43-26, placing them 4th in the Western Conference. So far, Dallas is above .500 on the road, holding a record of 20-14. Over their last five games, the Mavericks have played well, picking up 4 wins. In this stretch, Dallas’s offense is scoring right in line with their season average, putting up 102.0 points per game. Combined, the Mavericks’ last five opponents are giving up 110.0 points per contest. The Mavericks have been picking up wins, while holding opponents to an average of 103.0 points per game, similar to their season average of 103.7. In the Dallas Mavericks’ most recent game, Dallas took down Brooklyn by a score of 113-111

As Dallas travels to take on the Philadelphia 76ers, the Mavericks’ leading scorer is Luka Doncic. Through 51 games, Doncic is averaging 28 points. On the season, he has surpassed his season average in 35.0% of his games. Against the 76ers, Doncic will need to be on top of his game as Philadelphia is allowing their opponent’s top scorer to surpass their average in 42.0% of their games, placing them in the top 10. On the other side, Joel Embiid leads the 76ers in scoring, averaging 29 points across his 55 games. Throughout the season, Embiid has outscored his season average in 56.0% of his outings. On the season, the Mavericks have allowed their opponent’s top scorer to surpass their season average in 50.0% of their games, giving them a rank of 18th among NBA defenses.

The 76ers come into this game as the more efficient offensive team, averaging 109 points per 100 possessions. When playing as the superior offensive unit, Philadelphia is winning at a rate of 74%. These wins are coming by an average margin of 12.0 points. On the other side, the Mavericks hold the advantage on the defensive end of the floor. So far, they have played 27 games as the better defensive team, picking up 16 wins.

Heading into today’s matchup, the Dallas Mavericks and Philadelphia 76ers have met up for 1 game. Dallas took game one by a score of 107-98.

How the Public is Betting the Mavericks vs 76ers

67% are betting the Mavericks against the spread.
52% are wagering on the game to go over the posted total of 222.0

Heading into this matchup, the Philadelphia 76ers are 2.5 point home favorites, as Joel Embiid is questionable with a back injury. This matchup features two of the hottest teams in the NBA. Over their past 10 games, the Mavericks have picked up 8 wins, including rattling off 3 in a row. On the other side, Philadelphia is 7-3 over their last 10, as they hope to push Milwaukee and Miami, who are directly ahead of them in the Eastern Conference standings. Look for the Mavericks to cover this spread, as their outstanding defense will allow them to pull off the upset.