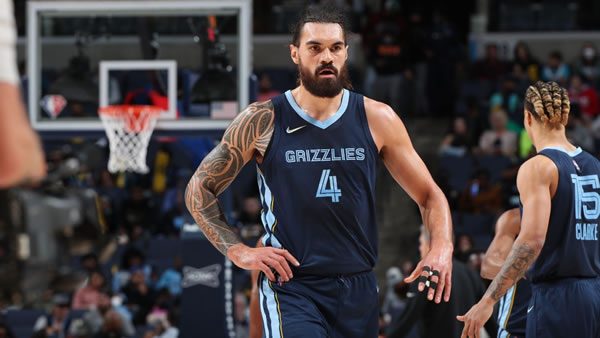 The Memphis Grizzlies enter today’s game, having won 4 straight games. In their past ten contests, the Grizzlies’s have played above .500 basketball, going 7-3. As the road team, Memphis travels to Brooklyn with a negative plus-minus rating of -1.3 points. Overall, the Grizzlies are ranked 9th among NBA teams in point differential (0.5). Among NBA teams, they have played the 21st toughest schedule.

For bettors, taking the Memphis Grizzlies to cover the spread has been a winning bet as they have covered in 59.50% of their games. Their season-long plus-minus against the spread is 2.0.

On offense, the team’s leading qualified scorer is SG Desmond Bane. So far, Bane is averaging 17.24 points per game. This output places him 10th among shooting guards. Steven Adams has been in charge of cleaning up the glass, hauling in 9.14 boards per game.

The Brooklyn Nets enter today’s game, having lost two straight games.
Even though the Nets are on a losing streak, they have an above .500 record in their past ten games, going 6-4. As they get set to host the Grizzlies, Brooklyn has a positive home plus-minus of 0.6 points.
Overall the Nets are ranked 8th among NBA teams in point differential (4.8). So far, they have played the 5th easiest schedule in the NBA.

For bettors, taking the Brooklyn Nets to cover the spread has been a losing bet as they have covered the spread in 42.40% of their games. Their season-long plus-minus against the spread is -1.6.

On offense, the team’s leading scorer is SF Kevin Durant. So far, Durant is averaging 29.79 points per game. The Nets’ best three-point shooter has been Patty Mills, connecting on 3.38 shots from downtown per game. From the guard position, James Harden is the team’s top rebounder at 8.33 boards per game.

Heading into the game, the Grizzlies are the 12th ranked team in pace, averaging 98.8 possessions per game. So far, Memphis ranks 2nd in two-point field goal attempts per game at 58.9. On the other side, Brooklyn’s 99.6 possessions per contest place them 7th among NBA teams. Like their opponent, Brooklyn also prefers to take two-point shots, ranking 10th in 2-point shots.

The key matchup to watch in this game is which defensive unit can hold up best. Brooklyn will have the tall task of taking on Memphis’ 7th ranked scoring offense at 111.1 points per game. However, despite their high overall scoring output, they are ranked just 22nd in effective field goal percentage. Look for the Nets to hold up well in tonight’s game as they are holding opponents to an effective field goal percentage of just 49%, placing them 1st in the league.

Tonight’s game will be the first meeting of the season between Memphis and Brooklyn. Last year, the Grizzlies won both of their meetings, including an overtime win in their first matchup.

How the Public is Betting the Grizzlies vs. Nets

60% are betting the Nets against the spread.

Even though the Nets roster isn’t filled with players considered to be defensive-minded, Brooklyn has performed well on defense this season. So far, Memphis has struggled to score in an efficient manner, putting them at a disadvantage vs. one of the league’s most explosive offenses. Look for Brooklyn to take care of business at home.

Since his return from the Health And Safety Protocols List, Kevin Durant has scored 33 and 28 points, respectively. Look for Durant to have a big game against a Grizzlies defense that has struggled to slow down their opponent’s top scorers. Question: Have you seen the live betting platform at Bovada Sportsbook? It’s amazing!