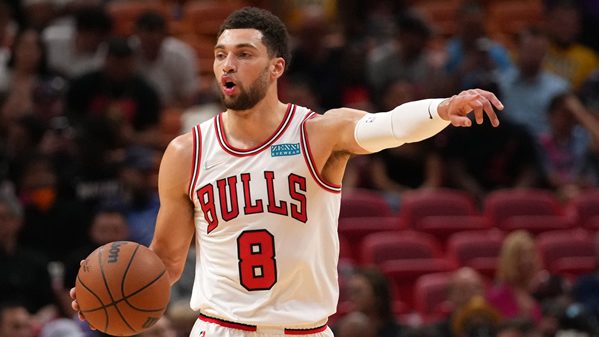 The Chicago Bulls host the Charlotte Hornets in a Eastern-Conference matchup. Tip-off is set for 08:00 PM ET at the United Center.

The Charlotte Hornets come into this game with an overall record of 41-39, placing them 10th in the Eastern Conference. On the season, Charlotte has won exactly half of their 40 road matchups, sitting at 20-20. Over the Hornets’ last five games, they have picked up just 2 wins. In this stretch, Charlotte’s offense is scoring right in line with their season average, putting up 118.0 points per game. Combined, the Hornets’ last five opponents are giving up 108.0 points per contest. A key reason for Charlotte’s recent struggles is a defensive unit giving up 123.0 points over their previous five contests. This figure is up from their season average of 115.0. In the Charlotte Hornets’ most recent game, Charlotte took down Orlando by a score of 128-101

The Chicago Bulls come into this game with an overall record of 45-35, placing them 6th in the Eastern Conference. So far, Chicago is above .500 at home, holding a record of 27-13. Over the Bulls’ last five games, they have picked up just 2 wins. In this stretch, Chicago’s offense is scoring right in line with their season average, putting up 110.0 points per game. Combined, the Bulls’ last five opponents are giving up 108.0 points per contest. A key reason for the Bulls’ recent struggles is a defensive unit giving up 119.0 points over their last five contests. This figure is up from their season average of 111.6. In the Chicago Bulls’ most recent game, the team fell to Boston by a score of 117-94.

As Charlotte travels to take on the Chicago Bulls, the Hornets’ leading scorer is Miles Bridges. Through 79 games, Bridges is averaging 20 points. On the season, he has surpassed his season average in 53.0% of his games. As Bridges gets set to take on the Bulls, he could be in line for a big game as Chicago is allowing their opponent’s top scorer to surpass their season average in 58.82% of their games. This figure places them 29th among NBA defenses. On the other side, DeMar DeRozan leads the Bulls in scoring, averaging 28 points across his 76 games. Throughout the season, DeRozan has outscored his season average in 43.0% of his outings. However, if he hopes to add to this total, DeRozan will need to do so against a Hornets defense that has been tough on their opponent’s top scorers. So far, leading scores have surpassed their season average at a rate of just 36.92%. This figure is good for a rank of 2nd in the league.

The Hornets come into this game as the more efficient offensive team, averaging 110.3 points per 100 possessions. When playing as the superior offensive unit, Charlotte is winning at a rate of 55%. These victories are coming by an average margin of 14.0 points. On the other side, the Bulls hold the advantage on the defensive end of the floor. So far, they have played 10 games as the better defensive team, picking up 9 wins (90%).

Heading into today’s matchup, the Charlotte Hornets and Chicago Bulls have met up for 2 games. In their last meeting, Chicago picked up a 121-109 win.

How the Public is Betting the Hornets vs Bulls

67% are betting the Bulls against the spread.
52% are wagering on the game to go over the posted total of 227.5

Even though the Chicago Bulls come into this game on a 3 game losing streak, they officially clinched a playoff birth and should slot in as the 6th seed in the East. On the other side, the Hornets still have an outside chance to move into the 7/8 matchup of the play-in, as they are just 1 game behind the Nets and Hawks. Throughout the season, the Bulls have played well vs teams in the lower half of the conference. With Zach Lavine likely to play, look for the Bulls to pick up the win and cover at home. Bet your Hornets vs. Bulls pick and ALL your NBA predictions for FREE this week by taking advantage of a 100% REAL CASH bonus on your first deposit of $100 to $300 at MyBookie Sportsbook! Must use bonus code PREDICT100 and go through this special link!