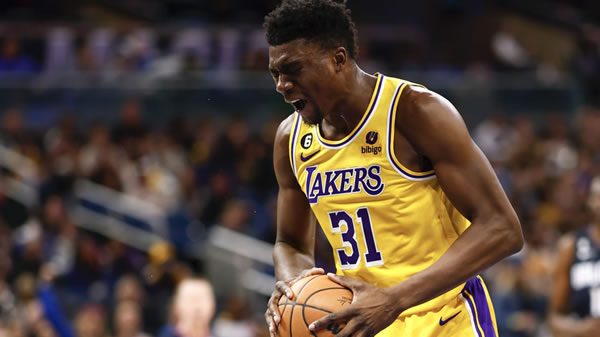 Heading into the game, Los Angeles is 25-24 overall. When taking to the road, Los Angeles has a mark of 12-13 and a win percentage of 48%. Currently, the team is 6th in the Western Conference. So far, they are 23-25-1 vs. the spread. In their matchup against Los Angeles, the Los Angeles Clippers have won 2 straight games and will look to push that mark to 3 in a row.

Los Angeles will be looking to build on their most recent win over the Mavericks. Kawhi Leonard led the team to a win with his 30 points. The Clippers were 1 point underdogs on the spread, giving them an ATS win.

Heading into the game, Los Angeles is 22-25 overall. When playing at home, Los Angeles has a mark of 12-11 and a win percentage of 52%. Currently, the team is 12th in the Western Conference. So far, they are 22-22-3 vs. the spread. Los Angeles will look to stay hot in today’s game vs. Los Angeles as they are the winners of 2 straight games.

In their upcoming game, Los Angeles will be looking to capitalize on their recent win over the Trail Blazers. LeBron James led the way for the Lakers with 37 points. Despite being 5-point underdogs on the spread, the Lakers were able to secure an ATS win.

In the most recent matchup between the two teams, the Clippers picked up the 103-97 win over the Lakers. The Clippers’ margin of victory was enough to cover the spread as 5.0 point favorite. So far this season, the Clippers have a record of 2-0 vs. the Lakers. Across the previous 5 meetings between the teams, the Clippers have an average scoring margin of +9 points per game, leading to an ATS mark of 4-1. In these matchups, the teams have put together an over-under mark of 2-3. Combined, they averaged 217 points in these games.

This season, Los Angeles is averaging just 109.7 points per game, which places them 29th in the league. A major reason for these low numbers is the fact that they play at one of the slower paces in the NBA at just 97.2 possessions per game. In terms of 3-point shooting, the Clippers are ranked 15th in attempts per game. However, they have been one of the more efficient shooting teams in the league, connecting at a rate of 37.5%. Defensively, the Clippers have been one of the best units in the NBA, allowing just 108.39 points per game. So far, they have done an excellent job defending the 3-point arc, allowing teams to hit just 34.31%.

This season, Los Angeles is among the league leaders in scoring, averaging 117.1 points per game. So far, the Lakers are also one of the more up-tempo teams in the league, sitting at 102.5 possessions per game. Los Angeles has struggled with their 3-point shot this season, as they are currently ranked just 26th in 3-point shooting percentage at 33.7%. In addition, they are near the bottom of the league in attempts, at just 30.9 attempts per contest. Defense has been a struggle for Los Angeles, as they are currently allowing 115.15 points per game. In terms of their 3-point defense, opposing teams have hit 35.38% of their looks from deep, placing the Lakers 18th in the NBA.

Heading into the game, LeBron James is listed as questionable on the injury report. This season, he leads the team with a per-game scoring average of 29.8. Currently, Russell Westbrook is 2nd on the team in scoring at 15.9 points per game.

The Clippers haven’t had any problem at all with the Lakers this season and I expect more of the same Tuesday night on their shared home court.