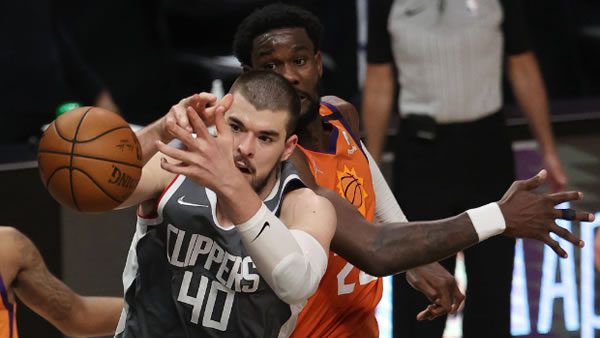 The Los Angeles Clippers host the Phoenix Suns in a Western-Conference matchup. Tip-off is set for 10:00 PM ET at the Staples Center.

The Phoenix Suns come into this game with an overall record of 63-16, placing them 1st in the Western Conference. So far, Phoenix is above .500 on the road, holding a record of 31-8. Over their last five games, the Suns have played well, picking up 3 wins. In this stretch, Phoenix’s offense is scoring right in line with their season average, putting up 110.0 points per game. Combined, the Suns’ last five opponents are giving up 110.0 points per contest. Even though Phoenix has been picking up wins, their opponents have had no trouble scoring the ball, averaging 111.0 points per game, up from the Suns’ usual rate of 107.2. In the Phoenix Suns’ most recent game, Phoenix took down the LA Lakers by a score of 121-110

The Los Angeles Clippers come into this game with an overall record of 39-40, placing them 8th in the Western Conference. So far, Los Angeles is above .500 at home, holding a record of 22-16. The Clippers have played well over their last five games, picking up 3 wins. During this stretch, Los Angeles is averaging 124.0 points per game, 16.0 points more than their season average of 107.9. This uptick in offensive play has come while playing a group of opponents who are collectively giving up 110.0 points per contest. Even though the Clippers have been adding to the win column, their opponents have had no trouble scoring the ball, averaging 118.0 points per game, up from Los Angeles’s usual rate of 108.8. In the Los Angeles Clippers’ most recent game, Los Angeles took down New Orleans by a score of 119-100.

As Phoenix travels to take on the Los Angeles Clippers, the Suns’ leading scorer is Devin Booker. Through 75 games, Booker is averaging 26 points. On the season, he has surpassed his season average in 48.0% of his games. So far, the Clippers are allowing their opponent’s top scorer to surpass their season average in 50.72% of their games, placing them 18th among NBA defenses. On the other side, LA is excited to welcome Paul George back to the lineup as he leads the Clippers in scoring, averaging 24 points across his 30 games. Throughout the season, George has outscored his season average in 47.0% of his outings. However, if he hopes to add to this total, George will need to do so against a Suns defense that has been tough on their opponent’s top scorers. So far, leading scores have surpassed their season average at a rate of just 42.19%. This figure is good for a rank of 5th in the league.

Heading into this matchup, the Phoenix Suns are the more efficient team on both ends of the court. This scenario has taken place in 34 of Phoenix’s 39 games, leading to a winning percentage of 85%. So far, the Los Angeles Clippers have played 49 games as the inferior offensive and defensive unit. In these instances, they have lost 49 times, by an average margin of -13.0 points.

Heading into today’s matchup, the Phoenix Suns and Los Angeles Clippers have met up for 3 games. In their last meeting, Phoenix picked up a 103-96 win.

How the Public is Betting the Suns vs Clippers

67% are betting the against the spread.
52% are wagering on the game to go over the posted total of No Odds

Both the Clippers and Suns come into this game riding high, as Phoenix is putting the finishing touches on an outstanding regular season. While the Clippers are excited about their prospects after welcoming Paul George back to the lineup. Even though the Suns are playing back-to-back nights on the road, they didn’t have to pack their bags as both matchups are at the Staples Center. With the Suns sitting as 3 point favorites, I like the Clippers to pull off the upset at home.