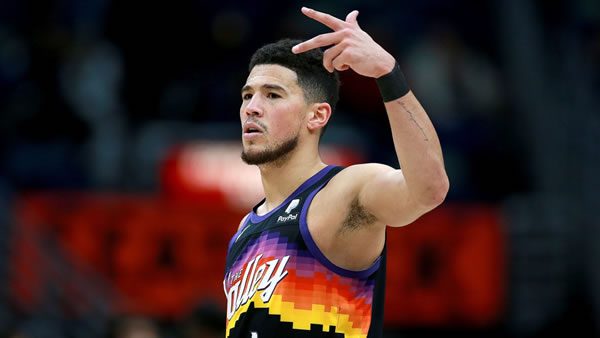 The Phoenix Suns host the Utah Jazz in a Non-Conference matchup. Tip-off is set for 03:30 PM ET at the Footprint Center.

The Utah Jazz come into this game with an overall record of 37-22, placing them 4th in the Western Conference. So far, Utah is above .500 on the road, holding a record of 15-12. Over their last five games, the Jazz have played well, picking up 4 wins. In this stretch, Utah’s offense is scoring right in line with their season average, putting up 115.0 points per game. Combined, the Jazz’s last five opponents are giving up 110.0 points per contest. Utah comes into this game also playing well defensively, holding their opponents to just 100.0 points per game. An improvement on their season average of 106.9. In the Utah Jazz’ most recent game, Utah took down Dallas by a score of 114-109

The Phoenix Suns come into this game with an overall record of 49-11, placing them 1st in the Western Conference. So far, Phoenix is above .500 at home, holding a record of 26-6. The Suns have played well over their last five games, picking up 4 wins. In this stretch, Phoenix’s offense is scoring right in line with their season average, putting up 117.0 points per game. Combined, the Suns’ last five opponents are giving up 111.0 points per contest. The Suns have been picking up victories while holding opponents to an average of 109.0 points per game, similar to their season average of 105.7. In the Phoenix Suns’ most recent game, the team fell to New Orleans by a score of 117-102.

As Utah travels to take on the Phoenix Suns, the Jazz’s leading scorer is Donovan Mitchell. Through 47 games, Mitchell is averaging 25 points. On the season, he has surpassed his season average in 60.0% of his games. Against the Suns, Mitchell will need to be on top of his game as Phoenix is allowing their opponent’s top scorer to surpass their average in 44.0% of their games, placing them in the top 10. On the other side, Devin Booker leads the Suns in scoring, averaging 25 points across his 60 games. Throughout the season, Booker has outscored his season average in 48.0% of his outings. However, if he hopes to add to this total, Booker will need to do so against a Jazz defense that has been tough on their opponent’s top scorers. So far, leading scores have surpassed their season average at a rate of just 37.25%. This figure is good for a rank of 5th in the league.

The Jazz come into this game as the more efficient offensive team, averaging 112.9 points per 100 possessions. When playing as the superior offensive unit, Utah is winning at a rate of 56. These victories are coming by an average margin of 16.0 points. On the other side, the Suns hold the advantage on the defensive end of the floor. So far, they have played 29 games as the better defensive team, picking up 24 wins (59%).

Heading into today’s matchup, the Utah Jazz and Phoenix Suns have met up for 2 games. In their last meeting, Phoenix picked up a 105-97 win.

How the Public is Betting the Jazz vs Suns

63% are betting the Suns against the spread.

Today’s matchup between Utah and Phoenix is an opportunity for the Jazz to show they are still contenders in the Western Conference. Without Chris Paul, the Suns enter the game as just one point favorites. I see Phoenix needing some time to figure out how to win without Paul, especially vs quality teams like the Jazz. I am taking Utah to pull off the road win and cover the spread. Note: 99% of sportsbooks force you to lay -110 odds (or more!) on your bets. Did you know that you could be laying only -105 odds instead? Learn about reduced juice sports betting TODAY and make life easier on yourself!